The times they are a-changin'

A few years ago, it would not have dawned upon Malaysians that the opposition could upstage the BN in the GE or for that matter, by-elections. At the recent concluded by-elections, the Pakatan Rakyat pulled off a hat-trick of four wins in row and some seats with bigger majority, the message is now absolutely clear to the BN, especially UMNO, to change, for the good of all Malaysians.

However, it is so typical of UMNO that whenever they lose in any local or national elections, the non-Malays, especially the Chinese, would be made scapegoats. But they have not taken into account the support given by the Chinese for the last 52 years. In fact, it has come to a point that due to their success, some of the leaders of UMNO have become arrogant, like waving the keris, calling the non-malays "pendatang" and told one mosquito party in the BN that if they don't like it, they can leave the group. When Najib came up with the 1Malaysian concept, did he get the support of Hishamuddin, Ismail of Penang and the chief minister of Malacca. The changes in PR tactics have come but too late for UMNO. They should have done "the walking the streets" in non-Malay areas when they were strong, not when they are weak. This does not augur well on Najib's intentions. It lacks sincerity.

The only way to save UMNO is rid itself of the NEP so as allow the Malays to compete on even keel with the non-Malays. Using the non-Malays as pace-makers, it will help to create the competitive spirit in the Malays. Meritocracy must be the call of the day. If this is not practised in its true sense, then the Malays are going to be left far behind while others will be ahead of them. Civil service should have the best calibred staff of all races to serve the public. If UMNO do not make the necessary changes now, come 2013, they may be sent into oblivion.

However, I hope this popular Bob Dylan song, "The times they are a-changin'" will help to reinforce my message today.

Posted by Geronimo at 8:49 AM No comments: 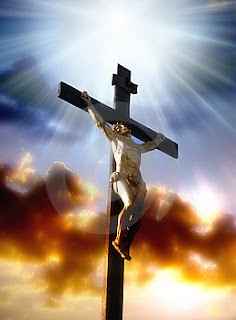 To all my Christian friends, here's wishing each and everyone of you a Holy Easter and may you find peace in the risen Christ.
Posted by Geronimo at 12:00 AM No comments: