Posted by Geronimo at 3:16 AM No comments:

Recently, there was an article in the Malaysian-Chronicle on how the Republic of Singapore Air Force F-16 pilots had used Singlish to outsmart the US F-15s in a recent Red Flag combat exercise.
Just the thought of that happening was so funny, many of you probably wondered what it'd have been like to actually witness it.


It's funnier with the YouTube captions. Now, let's see our pilots using Manglish to outwit our Singapore cousins.

Posted by Geronimo at 3:09 AM No comments:

A Mania Is Born

A MANIA IS BORN
The first time I ever felt a mania in me, or close to it, was when I first saw Dave Clark, Mike Smith, Lenny Davidson, Rick Huxley and Denis Peyton of the Dave Clark Five group strolling out from the arrival hall at the old Subang International Airport in 1965. We were all there that day as we wanted to catch a glimpse of our stars. Girls were screaming and guys were busy crawling over one another trying to take snap shots of the group members. After that, we made a rush to the Federal Hotel in a friend's car to see them check in, followed by more screamings from the fans. After almost a couple of hours at the hotel, we made a beeline to Stadium Negara, and finally, the group made their appearance and performed. It was a kind of hysteria I have never seen before and I believe I must have gone deaf that day with all the screamings still ringing my ear. 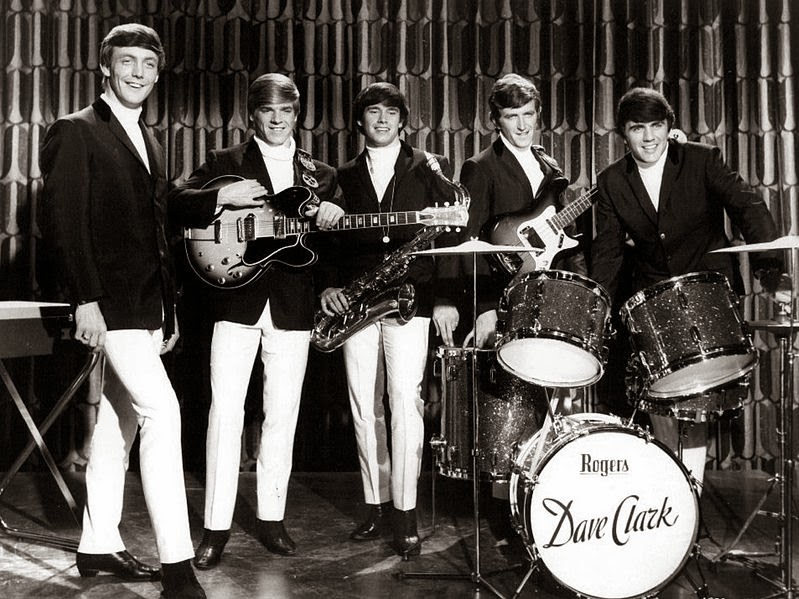 Then came May 1972 when the Bee Gees made their first performance here, also at the Stadium Negara. Well, this time I was not that crazy anymore to go to the airport and then to the hotel catch a glimpse of Barry, Robin and Maurice. Seeing them performed on stage was good enough and the atmosphere that night at the stadium was equally electrifying as the DC5 concert. Screamings, and again, hysteria seemed to rule the day. Everyone was simply "letting it off". The noise was so bad that I could hardly hear the songs that were sung, but then nobody cared, simply because they were the Bee Gees in persons. 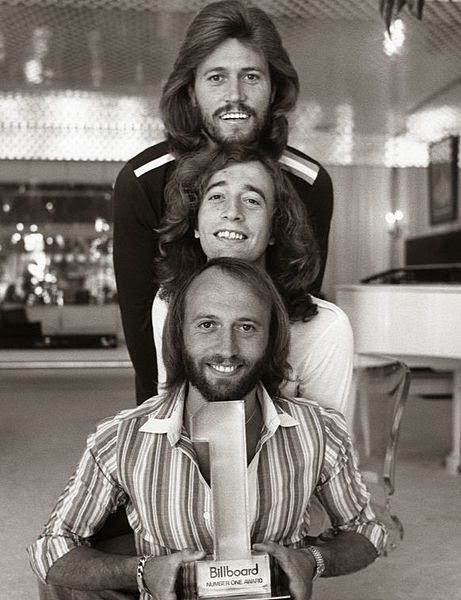 Fast forward to May 2014. From the many reports received, it appears that the DAP candidate for Teluk Intan, Dyana Sofya Mohd Daud, too have created a mania of sorts. Now the phenomenon is known as 'Dyanamania'. Every where she went, the crowd didn't seemed to get enough of her and according to one Malaysiakini report the attendance at each of her ceramahs was almost equal to that of a pop concert, thus giving her a pop star status. It is no mere wonder that those blokes in BN, especially UMNO Baru, have started to throw scorn at her, and to think Muhyiddin did say that Mah Siew Keong was 'handsome' enough to take on 'pretty' Dyana. They must have suddenly lost confidence in Mah's handsomeness. What about the Puteri Wing of UMNO Baru? Don't they have someone of Dyana's calibre to take on the challenge in Teluk Intan. Apparently, the answer is NONE and this further shows, the kind of members they have in the party where there is a lack of substance. 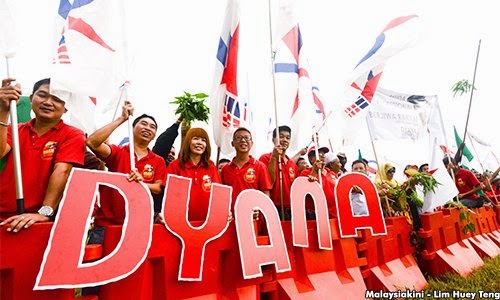 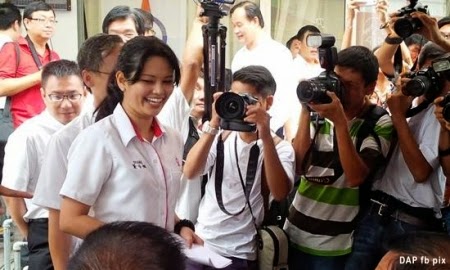 Posted by Geronimo at 4:41 AM No comments:

DAP APPLIED THE RIGHT STRATEGY AND NOW UMNO BARU, GERAKAN AND MCA ARE CAUGHT IN A BIND

Instead of resorting to threats which is so typical of UMNO Baru, what the party should have done was to put up a candidate of equal stature to Dyana and allow the two to compete openly without any hindrance. After all, they have their Puteri Wing. I am sure one of the girls would be able to give Dyana a run for her money. By not doing so, it proves two points - the party wish to remain a male dominated party perpetuating its feudal like system and secondly, none of the girls in their Puteri Wing have the attributes, calibre and substance to take on Dyana, let alone stand in an election. So, what are they complaining about?

What about Gerakan which claimed to be a multi-racial party. They could have put up someone similar to Dyana to contest instead of an old foggie like Mah.

In Sun Tzu's Art of War, it has been said that if your army is small and you are faced with an army greater in size, do not adopt frontal attack. Flank your enemies. And now UMNO Baru and Gerakan suddenly realised that they have been out flanked, left, right and centre.

So, to UMNO, Gerakan and MCA - BUTT OUT!

Posted by Geronimo at 3:56 PM No comments: