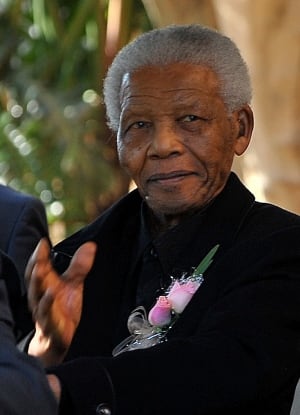 Nelson Mandela, one of the greatest leaders of modern times, passed away Thursday at his home in Johannesburg after a prolonged lung infection. He was 95.

South African President Jacob Zuma announced that Mandela, "the founding president of our democratic nation, has departed," adding that he "passed on peacefully."

"Our nation has lost its greatest son. Our people have lost a father," Zuma said.

"Our thoughts are with the millions of people who embraced Mandela as their own and who saw his cause as their cause.… This is the moment of our deepest sorrow.”

Mandela will be accorded a state funeral, Zuma said, and national flags will be lowered to half-mast.
"We saw in him what we seek in ourselves. And in him we saw so much of ourselves," he said. "Nelson Mandela brought us together and it is together that we will bid him farewell."

Mandela's respiratory problems in recent years may be connected to his imprisonment, when he contracted tuberculosis after working in a prison quarry. He had been in hospital in recent months.

His hospitalization on June 8, 2013, marked his fifth visit to hospital in two years. In April 2013, he spent 10 days in hospital after being treated for pneumonia.

Mandela was a prominent international figure for more than half a century, first as a leading human
rights campaigner in South Africa and then as the world's best-known political prisoner.

Following his release, he again became the leader of the anti-apartheid struggle, and in 1994 became the first president of a democratic South Africa.

On July 18, 2009, the first Mandela Day declared by the United Nations, UN Secretary General Ban Ki-moon spoke about how "Nelson Mandela has made a lasting imprint on our lives." 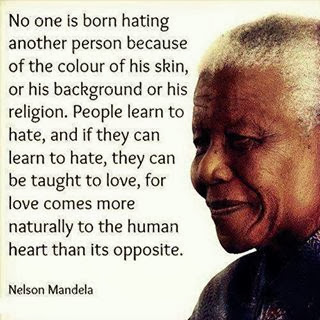 Further to my last posting, which was on UiTM, now I can understand it's racist nature. 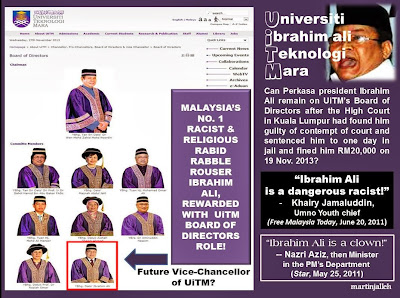 Posted by Geronimo at 9:45 AM No comments: