For those who were schooled in SMK Jalan Cochrane, the one along the main road of Jalan Cochrane and not the present one straddling over Jalan Shahbandar and Jalan Mentri in Jalan Peel, sad news, the entire school is gone - in the name of progress.  My 5 years of memories (1961-1965) of our time spent there, totally wiped clean, demolished. 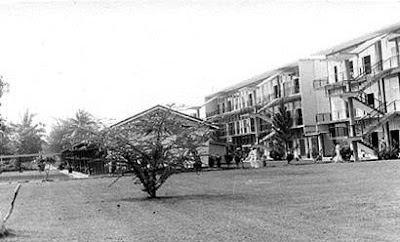 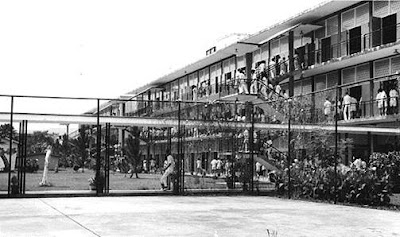 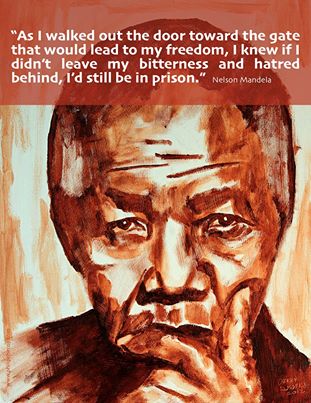 Here are are few quotations for your reflection.

- During my lifetime I have dedicated myself to this struggle of the African people. I have fought against white domination, and I have fought against black domination. I have cherished the ideal of a democratic and free society in which all persons will live together in harmony and with equal opportunities. It is an ideal which I hope to live for. But, my lord, if needs be, it is an ideal for which I am prepared to die.

- I had no epiphany, no singular revelation, no moment of truth, but a steady accumulation of a thousand slights, a thousand indignities and a thousand unremembered moments produced in me an anger, a rebelliousness, a desire to fight the system that imprisoned my people. There was no particular day on which I said, Henceforth I will devote myself to the liberation of my people; instead, I simply found myself doing so, and could not do otherwise.

- The first thing is to be honest with yourself. You can never have an impact on society if you have not changed yourself… Great peacemakers are all people of integrity, of honesty, but humility.

- No one is born hating another person because of the colour of his skin, or his background, or his religion. People must learn to hate, and if they can learn to hate, they can be taught to love, for love comes more naturally to the human heart than its opposite.

- I learned that courage was not the absence of fear, but the triumph over it. The brave man is not he who does not feel afraid, but he who conquers that fear.

- Resentment is like drinking poison and then hoping it will kill your enemies.

- We must use time wisely and forever realize that the time is always ripe to do right.

Posted by Geronimo at 7:29 AM No comments:

Email ThisBlogThis!Share to TwitterShare to FacebookShare to Pinterest
Labels: Birthdays 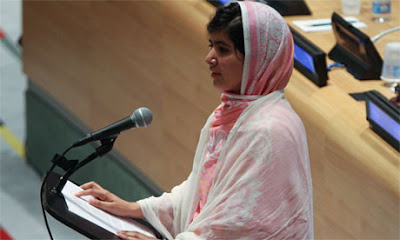 The following is an extract from John Dean's article, "Malala's message to Malaysia".

And if there’s one contemporary symbol and personification of such daring, it is Malala Yousafzai, the young Muslim girl who was shot by the Taliban last October for the “crime” of attending school.

In her recent address to the United Nations General Assembly on the occasion of her 16th birthday, Malala put the advocates and supporters of warring sectarian “truths” to shame by speaking of “the compassion I have learned from Muhammad, the prophet of mercy, Jesus Christ and Lord Buddha... the legacy of change I have inherited from Martin Luther King, Nelson Mandela (right) and Mohammad Ali Jinnah... (and) the philosophy of non-violence that I have learned from Gandhi, Bacha Khan and Mother Theresa.”

Later in her eloquent and intelligent address, she criticised those who misuse Islam, “a religion of peace, humanity and brotherhood”, for their own personal benefit, before closing with the clarion call for the world to use education “to wage a glorious struggle against illiteracy, poverty and terrorism.”
Posted by Geronimo at 7:54 PM No comments:

Malālah Yūsafzay, born 12 July 1997) is a Pakistani school pupil and education activist from the town of Mingora in the Swat District of Pakistan's northwestern Khyber Pakhtunkhwa province. She is known for her education and women's rights  activism in the Swat Valley, where the Taliban had at times banned girls from attending schools. In early 2009, at the age of 11–12, Yousafzai wrote a blog under a pseudonym for the BBC detailing her life under Taliban rule, their attempts to take control of the valley, and her views on promoting education for girls. The following summer, a New York Times documentary was filmed about her life as the Pakistani military intervened in the region, culminating in the Second Battle of Swat. Yousafzai began to rise in prominence, giving interviews in print and on television and taking a position as chairperson of the District Child Assembly Swat. She has since been nominated for the International Children's Peace Prize by Desmond Tutu and the Nobel Peace Prize, being the youngest nominee in history for the latter. She is the winner of Pakistan's first National Youth Peace Prize.

On 9 October 2012, Yousafzai was shot in the head and neck in an assassination attempt by Taliban gunmen while returning home on a school bus. In the days immediately following the attack, she remained unconscious and in critical condition, but later her condition improved enough for her to be sent to the  Queen Elizabeth Hospital in Birmingham in the United Kingdom for intensive rehabilitation. On 12 October, a group of 50 Islamic clerics in Pakistan issued a fatwa against those who tried to kill her, but the Taliban reiterated its intent to kill Yousafzai and her father, Ziauddin.
Former British Prime Minister and current U.N. Special Envoy for Global Education Gordon Brown launched a United Nations petition in Yousafzai's name, using the slogan "I am Malala" and demanding that all children worldwide be in school by the end of 2015. Brown said he would hand the petition to Pakistan's President Asif Ali Zardariin November. U.N. Secretary-General Ban Ki-Moon has announced on 10 November that 12 July, the birthday of Malala Yousafzai will be celebrated as Malala Day.

In the 29 April 2013 issue of Time magazine, Malala was featured on the magazine's front cover and as one of "The 100 Most Influential People In The World". Her section was written by Chelsea Clinton, daughter of former US President Bill Clinton and First Lady Hillary Clinton.

Here's something to think about.

After two visits and exhaustive Lab tests, he said I was doing 'fairly well' for my age. (Yeh I just reached 65).

A little concerned about that comment, I couldn't resist asking him, 'Do you think I'll live to be 85?'

He asked, 'Do you smoke tobacco, or drink beer, wine or hard liquor?

'Oh not much grog these days and don't smoke' I replied. 'I'm not doing drugs, either!'

Then he asked, 'Do you eat rib-eye steaks, fatty roasts and barbecued Ribs?

'I said, 'Not much.... my former doctor said that all red meat is very unhealthy!'

'Do you spend a lot of time in the sun, like playing golf, boating, sailing, surfing, hiking, or bicycling?'

He asked, 'Do you gamble, drive fast cars, or have a lots of sex?' 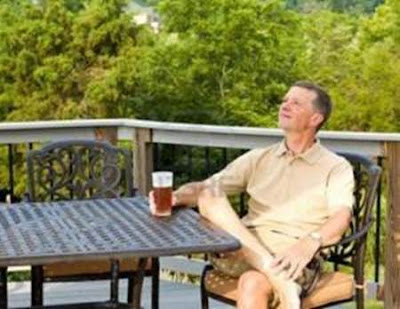 What deep thinkers men are. I mowed the lawn today, and after doing so I sat down and had a cold beer. The day was really quite beautiful, and the drink facilitated some deep thinking.

My wife walked by and asked me what I was doing and I said 'nothing'. The reason I said that instead of saying 'just thinking' is because she would have said 'about what'.

At that point I would have to explain that men are deep thinkers about various topics which would lead to other questions.

Finally I thought about an age old question:

Is giving birth more painful than getting kicked in the nuts?

Women always maintain that giving birth is way more painful than a guy getting kicked in the nuts.

Well, after another beer, and some heavy deductive thinking, I have come up with the answer to that question.

Getting kicked in the nuts is more painful than having a baby; and here is the reason for my conclusion.

A year or so after giving birth, a woman will often say, "It might be nice to have another child."

On the other hand, you never hear a guy say, "You know, I think I would like another kick in the nuts."

I rest my case. Time for another beer.

Posted by Geronimo at 5:29 AM No comments: