In 1962, The Crescendos comprising of singer, Susan Lim; guitarists John Chee, Raymond Ho and Leslie Chia, was assigned to record with the Philips label in Singapore. Susan Lim, dubbed as the Connie Francis of Singapore released the group's debut hit single, "Frankie", a cover version made popular by that great American singer, Connie Francis.
Many hits followed such as Mr Twister, Beganwan Solo [English version], Lenggang Kangkong, The Boy Next Door, Besame Mucho, A Lover's Concerto, My Bonnie, Long Tall Sally. Waktu Fajar, Just a closer walk with thee and many more. Much to the delight of Malaysian fans, they even made appearances at KL's Stadium Negara to perform.
However, in 1970 tragedy struck the group when Susan Lim died in a drowning accident off the coast of Trengganu. Her body was never found. With her death, the group limbered on but without further success as the soul of the group was Susan herself.
Now as we remember the group as it was ....
Frankie
Besame Mucho
Silver Threads and Golden Needles
Interview with members of The Crescendos - John Chee, Raymond Ho and Leslie Chia
Tribute to Susan Lim
The Crescendos sing "Let it be me"
Previous Features:
The Saints, Kuala Lumpur
The Quests, Singapore
The 'Little' Falcons, Kuala Lumpur
Posted by Geronimo at 10:51 PM No comments: 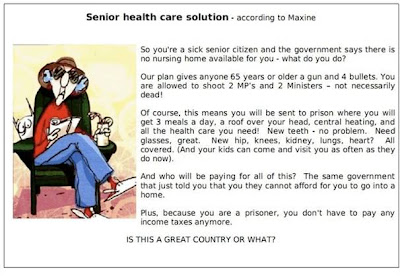 Posted by Geronimo at 8:52 AM No comments:

Petition - Against The Burning of the Quran

As a Catholic, I find it totally repulsive and unbecoming of a man with a spiritual stature like Pastor Terry Jones of the Dove World Outreach Center Church, Gainsville to come out with such a ridiculous plan like burning of the Quran, an event as a response to anti-American sentiment expressed by some Muslims abroad, and in conjunction with Sept. 11, the ninth anniversary of the terrorist attacks in New York City and the Pentagon that killed almost 3,000 people.
This blog is therefore, inviting all right thinking Malaysians to sign this petition, demonstrating our aghast over such hare-brain idea.
Posted by Geronimo at 8:34 AM No comments: 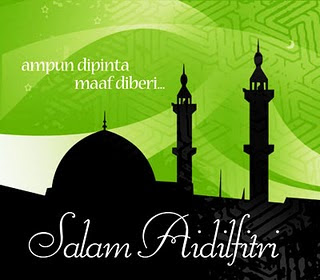 This blogger wishes all his readers Selamat Hari Raya Aidilfitri and may the grace of Allah shine upon you and your loved ones.
Posted by Geronimo at 8:19 AM No comments:

Former Prime Minister Mahathir Mohammad in a statement (FMT Sept 4, 2010) finally admitted that he and the Umno government intentionally discriminated against innocent non Bumiputra students by denying their educational rights as enshrined in the Constitution.

He said: "If we use the merit system , half of the university students (Bumiputeras) don't qualify..."

What one can gather from his statement is that the education system over the past 53 years has failed to produce Bumiputera students to meet the set requirement by Umno's own higher educational qualification merits.

Despite the billions spend to improve the educational achievements among Bumiputeras, citizens of this country are now been told by this longest serving Malaysian Prime Minister that Bumiputera students in Malaysia can only survive upon discrimination against their fellow non Bumi students. What a shame!

The former Prime Minister also revealed the truth on why local public universities are constantly dropping in international standard ratings. He admitted that half of the undergraduates did not qualify for entry into universities but were nevertheless granted places merely on race considerations.

I wonder how he justifies such brutal educational injustices. The moment a government tolerates such discrimination, it is actually planning to fail the country and its citizens over the years to come.

To summarise Mahathir's statement, he as the former prime minister and those in power ruling this country today clearly do not implement meritocracy in local university intakes, half of our university students are actually non qualifiers for higher education.

Fully qualified non Bumiputera students are oppressed and suppressed by the implementation of racially biased educational discrimination. The Umno-led Barisan Nasional government over the past 40 years have conveniently violated article 8 and 12 of Federal Constitution.

Posted by Geronimo at 9:11 AM No comments:

Police have taken immediate action to re-assign an investigating officer from the Kepong Police Station who was said to have scolded a female snatch theft victim who could not speak Bahasa Malaysia.

Kuala Lumpur police chief DCP Muhammad Sabtu Osman said the officer concerned was now assigned to administrative duty while waiting for the outcome of the investigation being carried out.

On Aug 28, a Chinese woman had gone to lodge a report on a snatch theft case involving her at the police station and claimed that she was scolded by the investigating officer who also asked her to return to China.

Consequently, the woman had lodged a police report at the same police station this morning.

Muhammad Sabtu said he would ensure that the case would be investigated fairly and in a transparent manner, and would not protect any police personnel found to have committed any misconduct.

- Bernama
Posted by Geronimo at 9:40 AM No comments: