Have we been have had?

As a resident staying in Cheras and using the Grand Saga toll, I believe something is not right when Najib said the toll fees would be halved i.e. you pay one toll, one way only.


The halving of toll charges for Cheras-Kajang Highway comes with a hefty price tag - RM120.55 million in government compensation and a 15-year extension to the concession agreement. 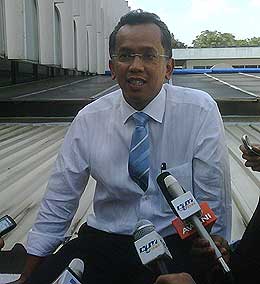 This was revealed by Works Minister Shaziman Abu Mansor (above) in Parliament yesterday, in reply to a question by Serdang MP Teo Nie Ching.

The minister also said that concessionaire Grand Saga Sdn Bhd has agreed not to raise toll charges for another three years. Effectively, Grand Saga will be allowed to collect toll until 2045.

In addition to slashing the toll rate from RM3.80 to RM1.90, Prime Minister Najib Abdul Razak had announced the abolition of toll collection at two booths along the highway on March 1, amidst much fanfare.
Longer toll payments 'not justified'

Met later, Teo said the extension of the concession agreement cannot be justified as Grand Saga has profited handsomely from toll collections since 1999. 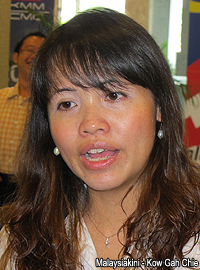 She pointed out that, while the highway was constructed at a cost of RM282 million - and maintenance costs up until 2010 were RM147.31 million - it was a paltry sum compared to more than RM870 million made from toll collections and government compensation thus far.

"When Najib made the announcement on March 1, he was fooling the public. He did not mention about the new agreement," she said.

"We had to wait until Parliament convened before we could find out, and put the works minister on a spot.

"This is Najib's election play. He will throw a few bones without explaining what is really happening behind the scenes.

"All this is a result of a lopsided concession agreement. Our future generations will bear the brunt."
Posted by Geronimo at 8:41 AM No comments: 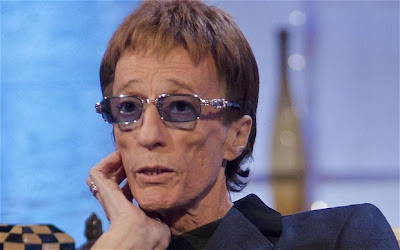 Robin Gibb, one of three brothers who made up the disco group the Bee Gees behind "Saturday Night Fever" and other hits from the 1970s, died on Sunday, according to a statement on his website.

Gibb "passed away today following his long battle with caner and intestinal surgery," said the statement, which was attributed to his family.

Diagnosed with colon and liver cancer, Gibbs had been in a coma as he battled pneumonia earlier this spring, representative Doug Wright said.

Doctors believe that Gibb had a secondary tumor.  Wright said April 14, confirming a news account in the UK newspaper, The Sun.  Gibb had emergency surgery in 2010 for a blocked bowel and then had more surgery for a twisted bowel, Wright confirmed.

The only surviving member of the three Bee Gees is brother Barry, 65.

And younger brother, Andy Gibb, died at age 30, from a heart infection.

The Brothers Gibb - calling themselves the Bee Gees - soared to renown after the 1977 film "Saturday Night Fever starring John Travolta was built around the group's falsetto voices and disco songs.

In the latter part of the 1970s, the British-born Bee Gees "dominated dance floors and airwaves.  With their matching white suits, soaring high harmonies and polished, radio-friendly records, they remain one of the essential touchstones to that ultra-commercial era," The Rock and Roll Hall of Fame says on its website.

"Saturday Night Fever" and the group's 1979 album "Spirits Having Flown" yielded six No: 1 hits, "making the Bee Gees the only group in pop history to write, produce and record that many consecutive chart-topping singles," according to the Hall of Fame.

While often more in the background, Robin Gibb was the lead singer on several of Bee Gees' top tunes including "I Started A Joke" and "I've Gotta Get A Message To You."  He also recorded several solo albums during his career.

Inducted into the Rock and Roll Hall of Fame in 1997, the Bee Gees sold more than 200 million albums, and their sountrack alum to "Saturday Night Fever" was the top-selling album until Michael Jackson's "Thriller" claimed that distinction in the 1980s.

Posted by Geronimo at 7:28 AM No comments:

A couple drove down a country road for several miles, not saying a word.
An earlier discussion had led to an argument and
neither of them wanted to concede their position.
As they passed a barnyard of mules, goats, and pigs,
the husband asked sarcastically, "Relatives of yours?"
"Yep," the wife replied, "in-laws."

WHO DOES WHAT
A man and his wife were having an argument about who
should brew the coffee each morning.
The wife said, "You should do it, because you get up first,
and then we don't have to wait as long to get our coffee."
The husband said, " You are in charge of cooking around here and
you should do it, because that is your job, and I can just wait for my coffee."
Wife replies, "No, you should do it, and besides, it is in the Bible
that the man should do the coffee."
Husband replies, "I can't believe that, show me."
So she fetched the Bible, and opened the New Testament
and showed him at the top of several pages, that it indeed says.........."HEBREWS"

The Silent Treatment
A man and his wife were having some problems at home and were giving each
other the silent treatment. Suddenly, the man realized that the next day,
he would need his wife to wake him at 5:00 AM for an early morning business flight.
Not wanting to be the first to break the silence (and LOSE), he wrote on a piece of paper,
"Please wake me at 5:00 AM ." He left it where he knew she would find it.
The next morning, the man woke up, only to discover it was 9:00 AM
and he had missed his flight. Furious, he was about to go and
see why his wife hadn't wakened him, when he noticed a piece of paper by
the bed. The paper said, "It is 5:00 AM . Wake up."
Men are not equipped for these kinds of contests.

God may have created man before woman, 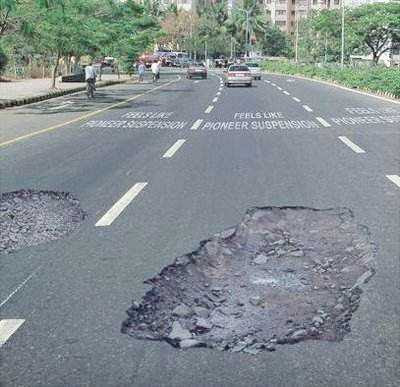 I don't know  about you, but this would certainly slow me down! People slow down and  actually try to "straddle" the hole. 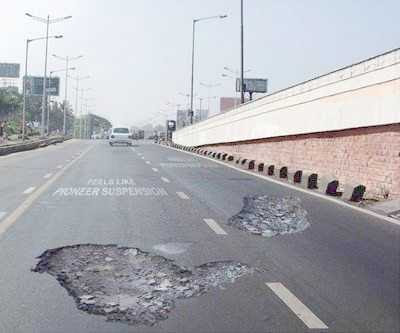 This is an  actual speed control device that is currently in use. It is MUCH  cheaper than speed cameras, radar guns, police officers,  etc. 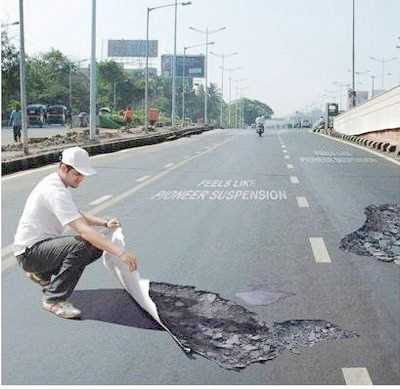 Pretty clever  -- especially when they move them around every day.
Posted by Geronimo at 5:10 AM No comments: 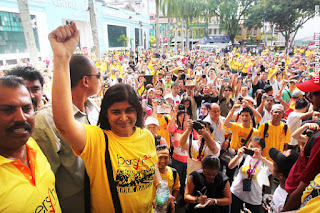 BERSIH 3.0 clearly demonstrates that Malaysians no longer fear the state. In that regard we are a quantum leap ahead of the Egyptians under Mubarak, the Iraqis under Saddam, or the Chinese under Mao (or even today). When citizens are no longer afraid of the state, many wonderful things would follow. BERSIH is also the first successful multiracial mass movement in Malaysia. In a nation obsessed with and where every facet is defined by race, that is an achievement worthy of note. Another significant milestone, again not widely acknowledged, is that the movement is led by a woman who is neither Malay nor a Muslim. Ambiga Sreenevasan broke not one but three Malaysian glass ceilings!

Whoa, whoa Julie,
If you love me truly,
Do you want me, Julie, to be, be your very own?

Julie, love me only,
Julie, don't be lonely,
'cause I want you only to be, to be my very own.

Julie, never leave me,
please, don't decieve me!
Julie, oh, believe me and be, be my very own.

Whoa, whoa, Julie,
if you love me truly
Do you want me, Julie, to be, be your very own?

Julie, never leave me,
please, don't decieve me!
Julie, oh, believe me and be, be my very own.