Unbelievable but it is true.  Our people are running so much out of ideas to demonise the Opposition that they have to resort to this, in the words of Lim Kit Siang' 'cock and bull' story.

The Royal Malaysian Police (PDRM) Special Intelligence Branch has revealed that there are Jemaah Islamiah (JI) terrorists and individuals linked to the communist movement who try to penetrate the opposition parties and become candidates for the coming general election.

"The effect is new political ideas which have the potential of threatening the nation's core values have spread. The movement receives support from foreign non-governmental organisations (NGO) which assist in terms of finance, training locally and abroad as well as exposure to specific expertise in facing the general election."

I simply find it preposterous that communism is being used as the bogeyman again in this time and age.  I can't blame Mohd Sofian for coming up with such tall tale being a product of our mediocre education system where world view is either minimal or zero.  Except for North Korea, China, Vietnam and Russia have become even more capitalistic than us and because of their dynamic economies, UMNO has no choice but to grovel to them for a share of their trading pie.

If it is true that communism is making a come back, I am trying to imagine Chin Peng and his band of maybe five octogenarians trying to take over PutraJaya with tongkats and some old rusty Enfield rifles left over from World War II.  Probably the excitement will kill them before our guys could even open the first shot.  This scenario will be a good skit for Douglas Lim and his MACC comedian friends.
Posted by Geronimo at 9:49 AM No comments:

A picture paints a thousand words 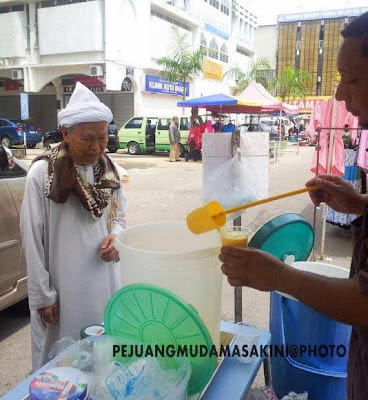 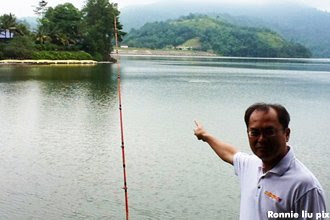 Read more here.
Posted by Geronimo at 10:24 AM No comments:

Are you aware you are drinking alcohol?

A recent study has revealed that more than half of leading cola soft drink brands contain small traces of alcohol.

Researchers from the National Institute of Consumption (INC) in Paris claim to have found low levels of alcohol (around 10mg in every litre) in global Coca-Cola drinks, which is approximately 0.001% of alcohol per litre. 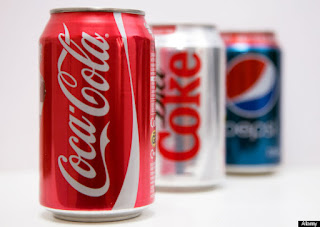 The surprising results were published in the latest issue of the French magazine, 60 Million Consumers.

“It is possible that traces of alcohol come from the process’ of making Coca-Cola according to its secret recipe,” said Michel Pepin from Coca-Cola France, reports Channels TV.

Responding to the claims that these results will upset Muslim cola drinkers, Pepin added:
“Furthermore, the Paris Mosque has provided us with a certificate stating that our products can be consumed by the Muslim community in line with the religious opinions of the Committee of the Mosque of Paris.”

A spokesperson for Pepsi told the Daily Mail that they acknowledge “soft drinks can contain minute traces of alcohol because of the ingredients used.”

Responding to the findings, Tamsin Kelly, editor of parenting website parentdish.co.uk, told HuffPost Lifestyle: "I would think parents would be slightly appalled by news that so many colas contain traces of alcohol – all the more reason why these drinks should be a rare treat for children."

I find it strange that the Paris Mosque says it is okay for Muslims to consume coke knowing very well it contains alcohol.  Alcohol is alcohol whether it is 10% or 1% or 0.001%.  It is like you cannot indulge in sex but you can khalwat?  Maybe my Muslim friends out there can enlighten other readers of this blog on the matter?
Posted by Geronimo at 7:04 PM No comments:

English to be the official language

The European Commission has just announced an agreement whereby English will be the official language of the European Union rather than German, which was the other possibility.

As part of the negotiations, the British Government conceded that English spelling had some room for improvement and has accepted a 5- year phase-in plan that would become known as "Euro-English".

In the first year, "s" will eplace the soft "c".. Sertainly, this will make the sivil servants jump with joy. The hard "c" will be dropped in favour of "k". This should klear up konfusion, and keyboards kan have one less letter.

There will be growing publik enthusiasm in the sekond year when the troublesome "ph" will be replaced with "f".. This will make words like fotograf 20% shorter.

In the 3rd year, publik akseptanse of the new spelling kan be expekted to reach the stage where more komplikated changes are possible.

Governments will enkourage the removal of double letters which have always ben a deterent to akurate speling.

Also, al wil agre that the horibl mes of the silent "e" in the languag is disgrasful and it should go away.

Do you think the BN government is going to act on the Suhakam report? 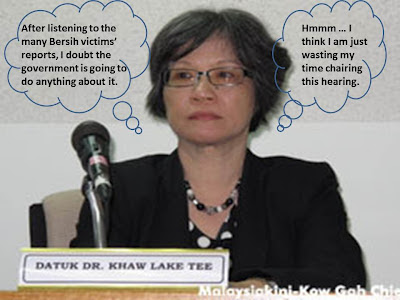 The panel is headed by Suhakam vice-chairperson Khaw Lake Tee (above) and assisted by commissioners Detta Samen and Mahmood Zuhdi A Majid.
Posted by Geronimo at 9:55 PM No comments:

Email ThisBlogThis!Share to TwitterShare to FacebookShare to Pinterest
Labels: Police

Grandma and Grandpa were visiting their kids overnight.

When Grandpa found a bottle of Viagra in his son's medicine cabinet, he asked about using one of the pills.

The son said, "I don't think you should  take one Dad. They're very strong and very expensive."

"How much?" asked Grandpa.

"I don't care," said Grandpa, "I'd still like to try one, and before we leave in the
morning, I'll put the money under the pillow."


A guy was eating in a gerai mamak. In an oversight, he swallows a coin and chokes. His wife tries hitting his back, slapping on the neck, shaking him hard without any success to make him spit the coin. Now the guy begins to show signs of choking - turning blue. The desperate wife starts screaming for help. A man gets up from a nearby table, and with astonishing tranquillity, without saying a word, he lowers the guy's pants, squeezes his testicles and pulls them down violently! Naturally, the guy with irresistible pain spits out the coin. The gentleman with the same astonishing ease & tranquility returns to his teh tarik without a word.

He was in batik long-sleeves, songkok, thick sunglasses, ring with big stone on his finger, Porsche Cayenne parked nearby.

Soon the wife calms down & approaches the gentleman to thank him for saving her husband's life.

A new priest at his first mass was so nervous he could hardly speak.  After Mass, he asked the Monsignor how he had done.

The Monsignor replied, "When I am worried about getting nervous on the pulpit, I put a glass of vodka next to the water glass.  If I start to get nervous, I take a sip."

So next Sunday, he took the Monsignor's advice.  At the beginning of the sermon, he got nervous and took a drink.  He proceeded to talke up a storm.

Upon his return to his office after the mass, he found the following note on the door :

A TRUE STORY FROM ROLLS ROYCE

Sometimes it DOES take a Rocket Scientist!! (true story).

Scientists at Rolls Royce built a gun specifically to launch dead chickens
at the windshields of airliners and military jets all travelling at maximum
velocity.

The idea is to simulate the frequent incidents of collisions with airborne
fowl to test the strength of the windshields.

When the gun was fired, the engineers stood shocked as the chicken hurled
out of the barrel, crashed into the shatterproof shield, smashed it to
smithereens, blasted through the control console, snapped the engineer's
back-rest in two and embedded itself in the back wall of the cabin like an
arrow shot from a bow.

The horrified Yanks sent Rolls Royce the disastrous results of the
experiment, along with the designs of the windshield and begged the British
scientists for suggestions.


"Defrost the chicken."
Posted by Geronimo at 7:54 AM No comments: