“Just look at Old Town White Coffee… They are suspicious… but still Malays are not boycotting (the company). Moreover, the company is owned by the Ngeh family (of) Perak DAP, which are anti-Islam.” [Ismail Sabri]

ITS FUNNY when Ismail Sabri blamed Dato Ngeh of DAP (and his family) owning the Old Town White coffee thus asking Malays to boycott the company.  To prove Ismail Sabri wrong, Ngeh went to the SSM and printed out the document of the shareholders, and what do you know, one of the shareholders is Koperasi Permodalan Felda Malaysia Berhad... hahaha. 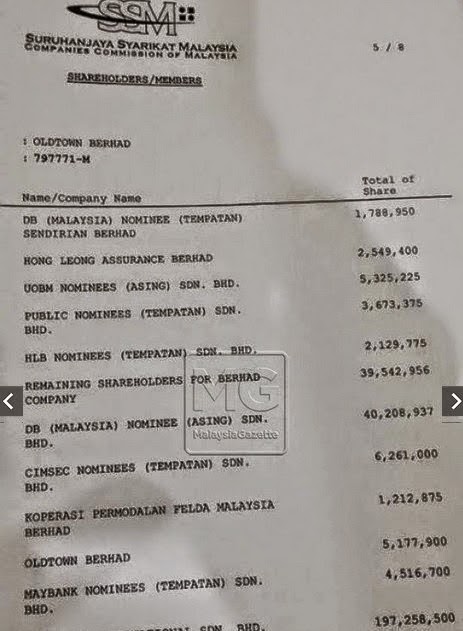 For taking the life of Jordanian fighter pilot, Mouath al-Kasaesbeh, retribution was swift.  The Jordanian air force led by King Abdullah II killed 55 ISIS members including one commander in Iraq.  More to fall. 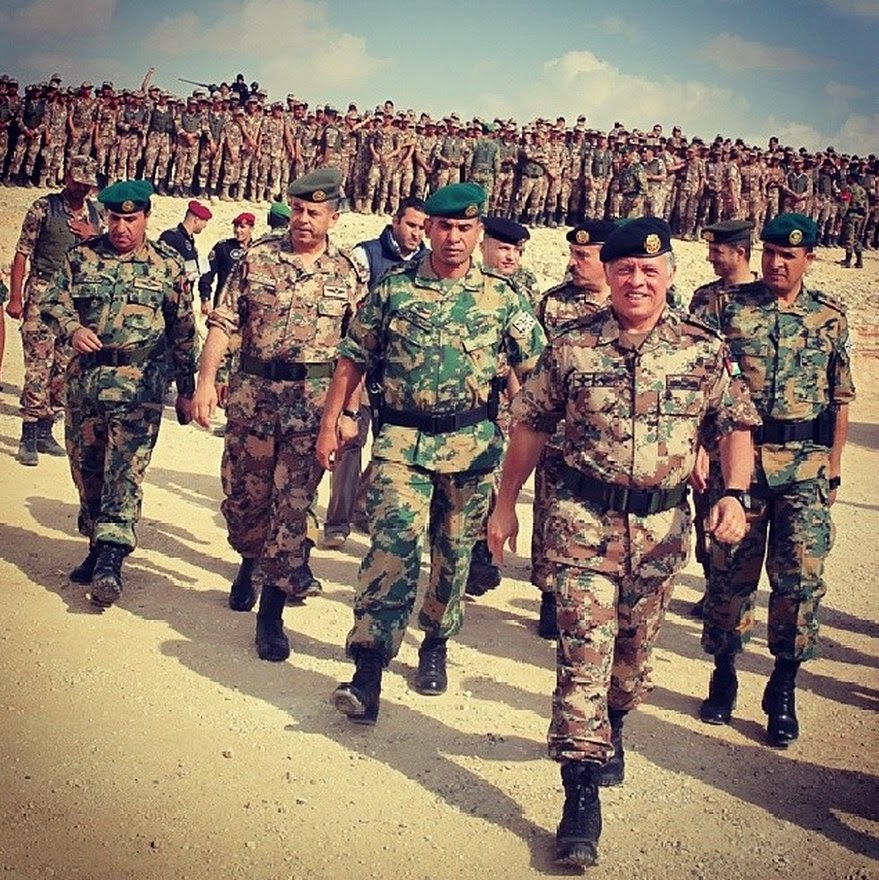 Boycott the price not the Chinese.

I wonder how many of you remember the speech made by UMNO Titiwangsa Division chief, Datuk Johari bin Abdul Ghani, four years ago, that he didn't need the votes of the Chinese and the Indians to win the election for his constituency. Immediately, the video went viral and emails were spontaneously received by many people to boycott his company's products. It was a no holds bar effort by the people who sent the emails repeatedly to make sure the message was well entrenched into the minds of the non-Malays. Now whether it was a success, we will never know as no one provided a statistical account of the impact of the boycott.

Now, coming to Ismail Sabri for his callous remark to boycott Chinese businesses and his refusal to apologise, shall the non-Malays now make a list of bumi businesses to boycott as well? The non-Malays will say they are more deserving as it is the majority exploiting the minority, and not the other way round. Shall we be expecting a slew of emails coming into our inboxes to remind us day in and day out to ensure the boycott is in effect?

So, finally, we can see that we are going to experience a tit-for-tat situation which will do no one any good, especially when the country is now going through a tough spell.

Some may not agree with me, but my suggestion is to let sleeping dogs lie. There are already too many lose cannons in UMNO and we don't need to stoop to their level each time one of them open his mouth. It will drain off our energy. We might as well spend the time productively putting that three meals a day on the table for our families rather than to be involved with such nonentitious characters.

Finally, a reminder of what His Majesty, the Yang Di-Pertuan Agong said on February 1 2015 ... 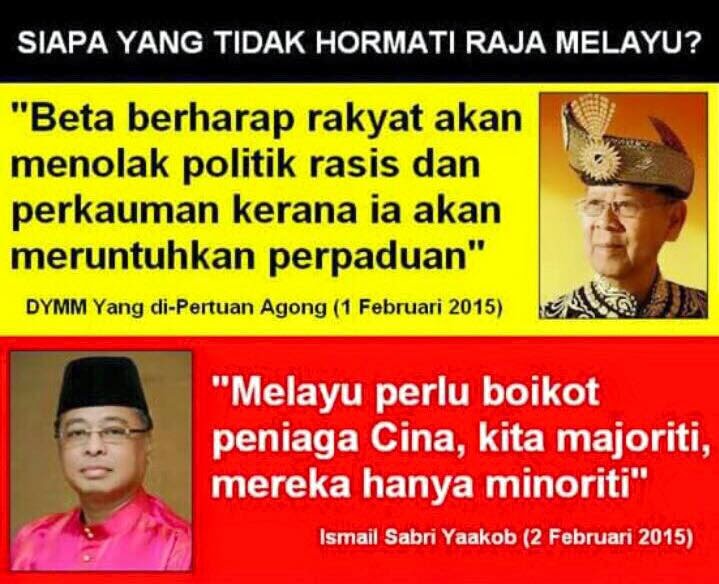 Whether he deserves it or not, let's give Jackie a break ....

Forget that Jackie Chan for a moment that he is a famous movie star. Forget for a moment that he has a son who has been caught for drug abuse and sentenced to imprisonment. Forget that his contributions to the well being of Malaysia is negligible except for one movie made in KL years ago much to the annoyance of the KLites due to the road blocks for the shooting of the film that resulted in massive traffic jams. Much as I disagree that he is deserving of the 'Datuk'ship award, but others have really gone overboard accusing him for many things. Was it necessary? After all as a person and an individual, he worked very hard for close to 40 years, making good himself in the movie industry both in Asia and the States, and risking his life in the process with all the self performed dangerous stunts.

In the same token, did we hear Malaysians complaining about the 'Datuk'ships and 'Tan Sri'ships awarded to recipients whose background have been quite dubious and some who even paid to enjoy the status. What was their contributions to society, that is something we would like to know.? Some who were even later caught for all kind of criminal activities but still have their titles intact.
A couple of commentators even said that the Hongkies wouldn't even know what the title is all about, and therefore would be a waste giving it to Jackie. Be rest assured, the Hongkies are well informed. There was even one TVB TV series where one of the leading stars was called a 'Datuk'.
I may not agree with the idea that he should be awarded the title, but let's be fair to him, give credit where it is due. At least, he did not 'buy' it or did he? 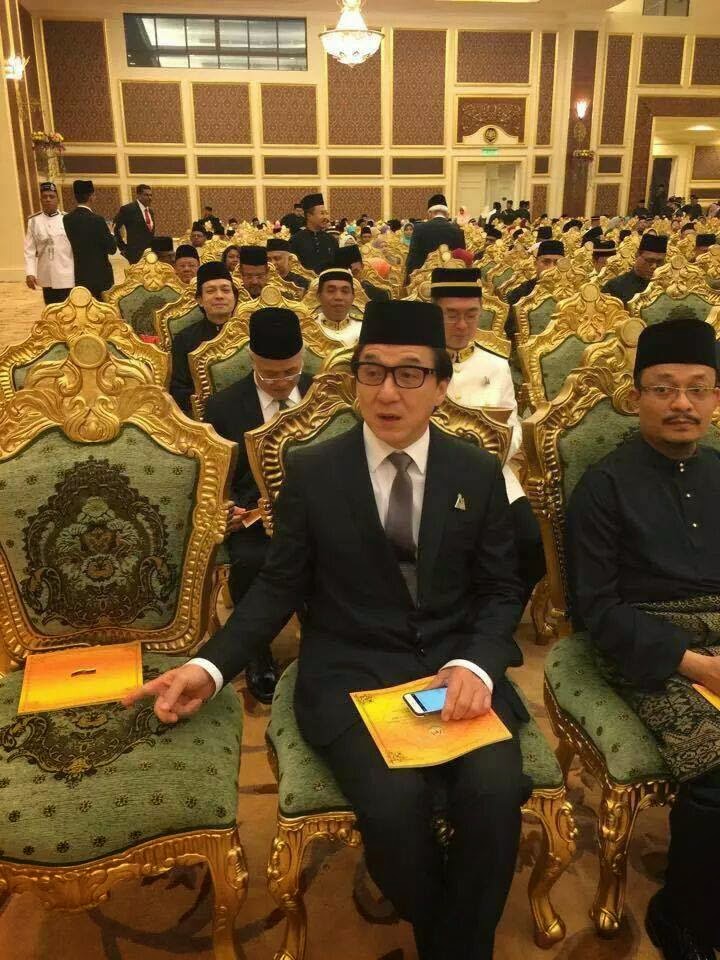 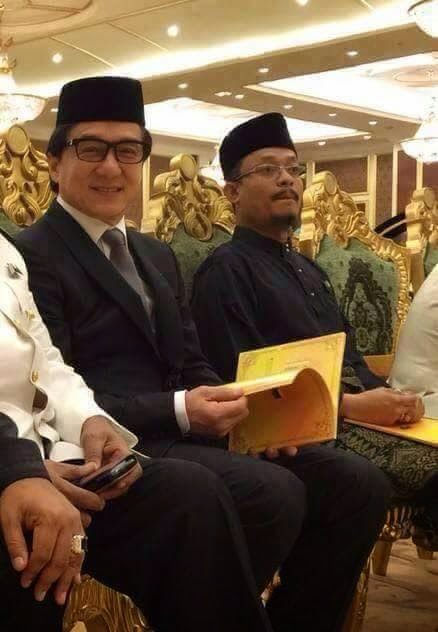 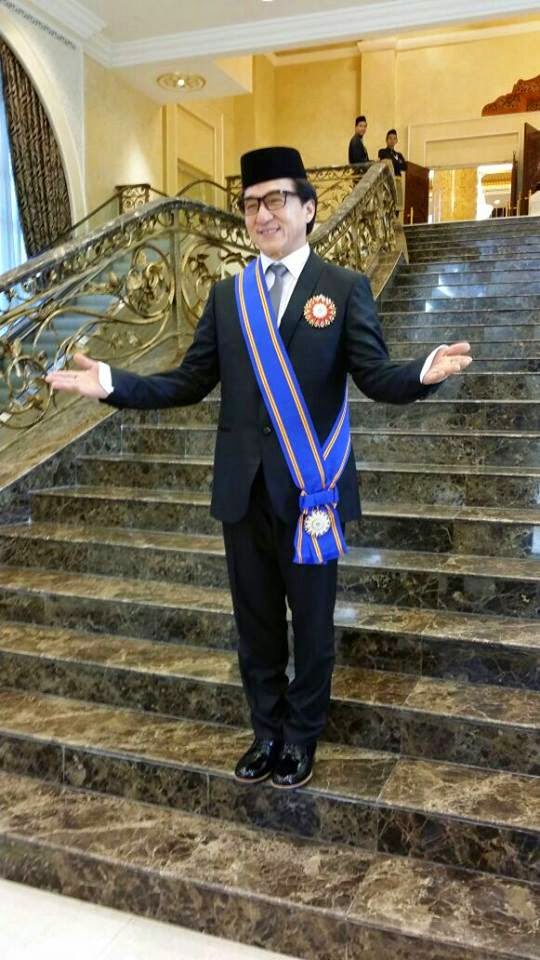