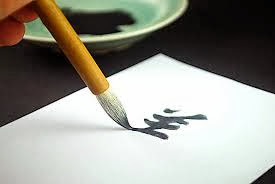 Kelantan, the "most Malay state" in Malaysia, has proportionately more Malays studying Chinese than anywhere in the country.

This surprising phenomenon was reported by the Singapore Straits Times, which noted that it was common to find Malays in the state enrolling their children in Chinese-language schools or attending Chinese-language classes offered in religious schools.

Many Kelantanese take their cue from their beloved and revered Datuk Nik Abdul Aziz Nik Mat, the former menteri besar, whose five grandchildren are enrolled in Chinese schools.
Nik Aziz is held up as a prime example of someone who encourages the younger generation of Kelantanese to take up the Chinese language.

Kelantan, with a population of 1.6 million, is comprised of 95% Malays, the remainder made up of Chinese, Thai and Indian communities.

Although more parents in Malaysia send their children to Chinese schools and tuition classes, the concentration of Malay students in these classes is much higher in Kelantan.

The Straits Times recently went to one of the east-coast state's religious schools and saw how female students in baju kurungs and Muslim veils were learning to read and speak in Mandarin and write in Chinese.

Wang teaches Mandarin to 160 students weekly and has lived in Kelantan for 18 years. He had initially gone to the state to do a diploma in Arabic studies and decided to stay behind after being offered a position to teach Mandarin and Arabic languages in several religious schools.

"I was initially surprised that Malay students would be willing to take up Mandarin classes. Then I realised it was because they believed it would enhance their job prospects," Wang told The Straits Times.

"Many have come to realise that China is a fast-growing country and its investments are everywhere."
Some of Wang's students were also members of the Chinese language society. Under Wang's supervision, they took up drama classes and participated out dialogues in Mandarin.

It is as if many Malays in Kelantan were following to the letter a saying attributed to Prophet Muhammad, "Seek knowledge even as far as China", the paper noted.

The Kelantan state government has a role in this phenomenon – it has been funding Mandarin classes in schools, and has sent three Malay-Muslim teaching college graduates to China in 2009.

Besides sending the graduates to China to learn Mandarin, the state government has also hired teachers from China to come to Malaysia to conduct Mandarin classes.

Although statistics on Malay student enrollment in public Chinese vernacular schools is not readily available, PAS's non-Muslim wing, the PAS Supporters Congress, said it was a fair number.

The wing's chairman Hu Pang Chaw told The Straits Times that between 20% and 50% of the student population in Kelantan's 15 Chinese primary and two secondary schools were Malays.

Hu revealed that two-thirds of the students population in a Chinese primary school in Rantau Panjang were Malays.

In contrast, there is only an average of 10% Malay students enrolled at Chinese vernacular schools in other states.

This is perhaps illustrated by Form Five student Wan Ashikin Ismail, who attends a Chinese vernacular school, said her best friends were Chinese and they conversed in Mandarin.
"I am not treated differently by students or teachers. I am also constantly motivated to excel in my studies," said the 16-year-old who aspired to be a Mandarin novelist in the future, as quoted by the paper.