Posted by Geronimo at 4:44 AM No comments:

A Message From Haris Ibrahim, ABU

Posted by Geronimo at 2:24 PM No comments:

What Pakatan must do on taking Putrajaya

The following was written by one Richard Teo ....

After the 2008 General Election, Pakatan could not fulfill a lot of the promises in their election manifesto for the very simple reason that their implementation required the cooperation of the federal government.One good example was the promise to hold local council elections.
Pakatan states were willing and able to hold local council elections and this was shown by the Penang government's resolve when they passed a state assembly legislative law empowering them to hold them.This however was thwarted by the federal government and the Election Commission which refused to cooperate to allow the Penang government to hold the elections.The crux of the problem facing Pakatan was that as long as the federal government remains with the BN government, it will continue to face problems implementing the promises made in their manifestos.This scenario should change immediately if federal power were to go to Pakatan. In the most optimistic scenario where the Pakatan government takes control of Putrajaya, the following policy implementation should be effected without undue delay.1. The Printing Press Act should be changed and amended to allow the independence and free flow of information without unnecessary control and government influence.2. Political parties should not own any newspapers or television media. All political parties who are stakeholders in the media should dispose its shares.3. The prime minister's term of office should only be restricted to two. Former premier Mahathir Mohamad's 22 year term of office has shown that its long term tenure can only lead to abuse and corruption of its position. The lessons learnt here must be taken to heart..4. The NEP with all its good intentions was thwarted from the beginning. It was never the intention of its original aims to be based on race. From the onset it should be based on needs.Nothing is more revolting and disgusting to see a millionaire bumiputera Malay marching into a developer's office to buy a million dollar property demanding a 10 percent discount based on race.By the same token a struggling non-bumiputera cannot even get a discount to buy a low cost house costing a mere $60,000.5. Mahathir's tenure's saw the corruption of most public institutions. The three most important institutions of the MACC, the attorney-general chambers and the judiciary have to be totally reformed in order to regain public confidence.
At the moment, public confidence in the three institutions is at an all-time low. MACC should be responsible to Parliament and not to the PM.6. The education system needs a total revamp. So far none of the education ministers have been able to grasp the problems facing our education system.
National and patriotic considerations should not take precedence over realistic propositions such as English being introduced as the medium of instruction.
Since English is the language of commerce and science, mastery of this should be the top priority of our education system.7. Anti-hopping laws should be introduced in Parliament. Candidates who wish to change parties or affiliation after being elected should resign but should be able to contest again without any restrictions.8. Political parties should not be involved in business. Such practice only creates avenues for corruption. All political parties with business interests should divest their shareholdings to private ownership.9. Laws against race discrimination similar to the ones in the US should be introduced. This is to ensure that racist policies and statements will be subjected to criminal prosecution.10. The PM should only hold one portfolio. He should divest his finance portfolio to another minister. Finance is an important portfolio and he should not be tasked to wear two hats.The above are 10 of the most important policy changes that Pakatan has to introduce on taking over Putrajaya.
Posted by Geronimo at 9:43 PM No comments:

Tan Sri Khalid, thank you from all of us

This photo was taken yesterday after the announcement by Najib on the dissolution of Parliament.  With it, the Selangor ExCo meeting which was held yesterday became the last meeting for the ADUNs.
We, Selangorians, would like to say a big "Thanks" to Tan Sri Khalid Ibrahim and his team for a job well done during the last five years despite all the constraints posed by UMNO, and it is our wish to see them administering the state again after GE 13. 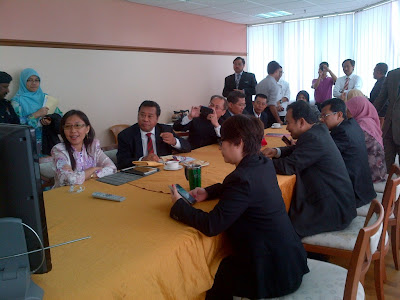 Posted by Geronimo at 3:35 PM No comments:

Posted by Geronimo at 9:43 PM No comments:

All Latheefa wanted was some MyKad forms to help the stateless Malaysian Indians in applying for their MyKads.  This was supposed to be a straight forward exercise, go get the form and Latheefa would take it on from there, but no, the officer just simply refused to give her the form until she went ballistic. She queried as to how the Bangladeshis could get the forms but she couldn't.  Furthermore, how is it possible for NRD to process the applications made by the Filipinos and Indonesians in one day, while these stateless Indians, many of them aged, have to make several trips to the NRD office.

Posted by Geronimo at 6:23 PM No comments:


The following retired high ranking military officials have joined PKR.  General (Rtd) Tan Sri Md Hashim Hussein will now head the newly formed Advisory Council on Public Security, a body set up by Pakatan Rakyat to advise its leaders as well as share information with the public on national defense, security as well as procurement matters - issues that have concerned Malaysians in the wake of the recent  Lahad Datu intrusion by a group of foreign armed militants.


When retired Generals come marching in, Umno should stop trying to create CHAOS!

Posted by Geronimo at 2:25 PM No comments:

I would like to take this moment to wish all my Christian friends a Joyful and Holy Easter.  May you be filled with the grace of the Risen Christ.  Allelulia! 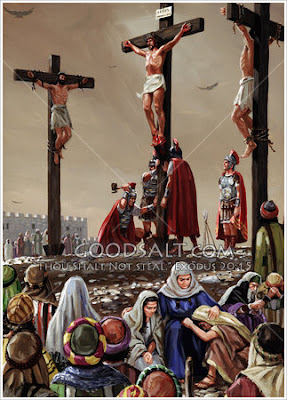 Posted by Geronimo at 3:42 PM No comments: