In remembrance of our badminton icon, Punch Gunalan, who passed away three years ago today. RIP Punch. We will always remember you and the many skillful strokes you displayed on the courts. 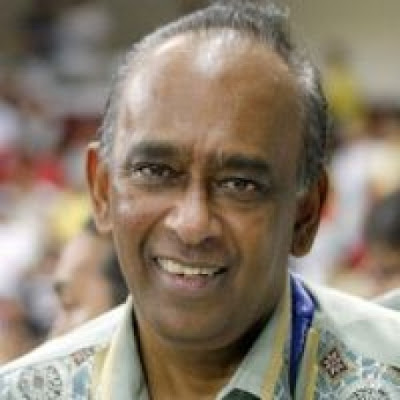 The Punch Gunalan/Rudy Hartono All England Finals in 1974.
Posted by Geronimo at 2:39 PM No comments:

Email ThisBlogThis!Share to TwitterShare to FacebookShare to Pinterest
Labels: Rememberance

So it was donations, was it?

Najib said that the US$700m credited into his account were donations from a Middle Eastern source.  Who, he didn't want to say even though we had to use a crowbar to pry his mouth open.  So, now the catch word is 'DONATIONS', but what has the MACC Act 2009 has to say about this?

Section 3 (S.3)
S.3 of the MACC Act defines Najib, Rahman, Azalin, 4 Public Accounts Committee (PAC) members, all the Cabinet members and all parliamentarians as "officers of a public body" by virtue of them being 'members of the administration' or 'members of State Legislative Assembly' or 'officers of Government of Malaysia or Government of a State'.  The are all prohibited from receiving any form of gratification.

Section 16 (S.16)
S.16 of the MACC Act provides that any of them who gives or receives corrupt gratification commits an offence punishable by 20 years' imprisonment.

Section 50 (S.50)
S.50 of the MACC Act clearly states that anyone of these officers of public body who gives or receives gratification is presumed to have done so corruptly.

Posted by Geronimo at 2:28 PM No comments:

This is what the Financial Times have to say .....

“Malaysia should learn from Singapore,” the Financial Times (FT) said in an op-ed.
“It should show zero tolerance for corruption, starting with Prime Minister Najib Razak, who must clear his name or step down.” It should also manage its populace’s ethnic relations better.
Lee Kuan Yew may have cried fifty years ago at separation, yet half a century later, it is the Malaysians who are crying, FT claims.
For one, Singapore is far more prosperous economically with a per capita gross domestic product of US$56,000, compared with Malaysia’s which stands at US$11,000.
While Singaporeans may still feel something amiss in their country’s brand of “authoritarian-guided development,” FT claims that their difficulties pale in comparison with those of Malaysians who are seeing their country go through its “worst political crisis in years.”
“Malaysia has been undergoing a long-term meltdown in which the political, religious and ethnic compact that has underpinned the country since independence groans under its own rotten contradictions,” the respected economic publication adds.
While the People’s Action Party can no longer claim to be infallible, it is still widely regarded as honest and competent.
“The same cannot be said for Umno,” FT points out, with Najib embroiled in a corruption scandal linked to the debt-laden state investment fund 1Malaysia Development Berhad.
Seeming to cast doubt on Najib’s explanation that the US$680 million which he received in his personal bank accounts was a political donation, FT points to the general sense of distrust which the Malaysian public has in Umno.
“[B]oth countries have potentially combustible ethnic mixes,” it notes, but “Singapore has done better at forging a sense of fairness and national unity, through language, meritocracy and incorruptibility.”
Malaysia’s “positive discrimination, has by contrast created a crony capitalist state,” it claims.
Apart from eradicating widespread corruption, the Malaysian government must strive to forge policies of national unity, not ones of the division based on religion and ethnicity.
“Malaysia must stop the rot, or slip disastrously backwards,” FT warns.
Posted by Geronimo at 2:43 PM 1 comment:

If the UMNO supreme council doesn't know about the 2.6b ringgit in Najib's personal accounts what's there to stop him from siphoning part of it away? It is a stupid arrangement that the SC can allow one man to handle party funds without reporting and a system of check and balance. Since the money was for party disbursement it should never be under one name more so in a personal type account. The temptation to pick is great and we all want to know if he indeed did not take even a sen for personal gain. If he is unafraid he should authorize Ambank to open up his since closed AmPrivate accounts for the scrutiny of at least the AG to verify if there were any hanky panky.