This what Canadians think of the new leaders in the cabinet. Kudos to Justin Trudeau. 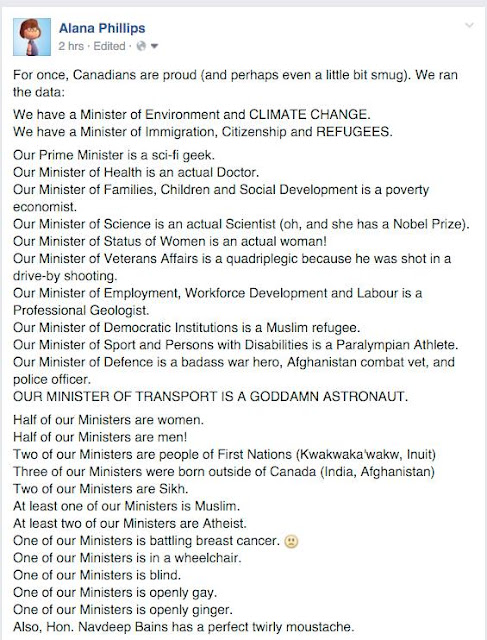 Posted by Geronimo at 7:01 AM No comments:

The PEMANDU report on the need to bring English back to our education system.

Now read the full news report and view the three videos released by PEMANDU that highlight the urgency of bringing English back into the mainstream of our education system. The current condition is what I would describe as pathetic that secondary students could not even string a simple sentence nor the ability to read or write the language. A survey was done and 90% of the respondents agree it is time for the government to urgently address the issue. Are we too late already?


Teacher Hasnah Omar from SK Bukit Beruntung in Selangor says even to get one person to read in class takes a lot of patience. A series of video clips by Pemandu seeks to drive home the importance of mastering English language, following a survey which showed the poor grasp of the language among school students. – GTP Roadmap Youtube, November 6, 2015. - See more at: http://www.themalaysianinsider.com/malaysia/article/pemandu-videos-underscore-need-for-english-proficiency#sthash.AHuhm7Cx.dpuf
Posted by Geronimo at 6:48 AM No comments:

Penang to give bonus, waive assessment rates to tackle rising cost of living

Among highlights, Penang Chief Minister Lim Guan Eng estimated that his administration would spend RM20.7 million to pay the Goods and Services Tax (GST) and fund the replacement of old government vehicles. “The government has accumulated RM880 million in reserves in the last seven years, compared with RM373 million in reserves accumulated over 50 years until 2008 by the previous Barisan Nasional (BN) administration,” said Lim.

The RM220 million contribution to the state Consolidated Development Fund (CDF), he added, was to fund the Penang Government’s RM216 million Budget for affordable housing schemes in the state.
Budget 2016 sees RM346 million for development expenses, a hike by 53.4 per cent or RM120 million from this year’s RM225 million. The state allocated RM952 million for supply expenditures inclusive of RM26 million for liability expenses.

Penang Opposition Leader Jahara Hamid said that she would work on the details and debate on various aspects of the Budget when the State Assembly resumes business on Monday November 16 after the Deepavali holidays.

“It’s an accounting fiasco. The budget was inflated to be in deficit. Anybody can do that,” claimed Jahara.

“The state budget was deliberately overestimated to hoodwink the public into believing the Pakatan Government had saved more money than the BN Government.”

She charged that the Chief Minister was trying to portray his administration as better finance managers than the previous administration. “The Budget was clearly pre-planned to make the state government look like as if it had saved money,” she added.”
Posted by Geronimo at 11:41 PM No comments:

Email ThisBlogThis!Share to TwitterShare to FacebookShare to Pinterest
Labels: Appreciation

My, my, this certainly does not look good for Najib. A letter from the International Court of Justice. 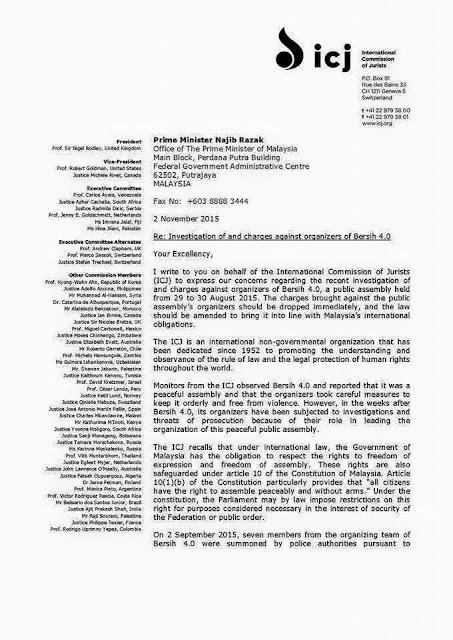 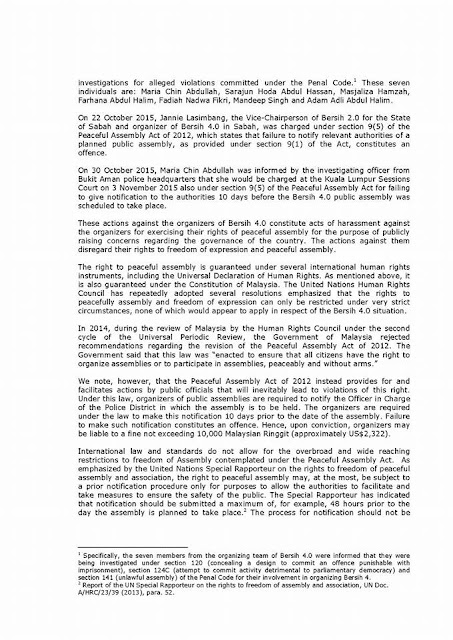 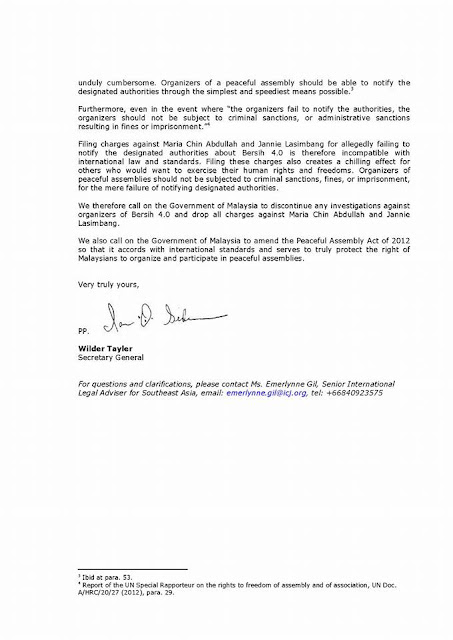 Email ThisBlogThis!Share to TwitterShare to FacebookShare to Pinterest
Labels: Legal

Our authorities must have taken leave of their senses. Because of that idiotic ruling on attire into government offices, including hospitals, it has cost the life of a 2-year old toddler.

Two-year-old toddler denied treatment as his mother’s pants was apparently too short. 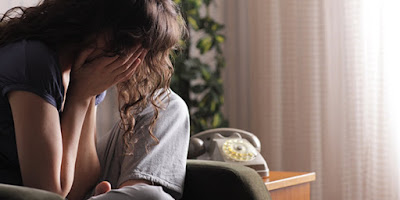 Posted by Geronimo at 4:31 PM No comments: