The Election Commission (EC) has said that there were "no chemicals" in its indelible ink that was used for the 13th general election.

In a parliamentary written answer to Lim Lip Eng (DAP-Segambut) today, Minister in the Prime Minister's Department Shahidan Kassim said that all the chemicals in the ink were replaced by food colouring.

"No chemicals were used in the ink, they were instead replaced with food colouring ingredients which were approved," the short answer read to a question as to why the ink did not last seven days as initially promised.

"The durability of the ink is subject to the efforts taken to wipe off the ink by individuals," the reply said.

It also said that a test conducted on EC officials and media personnel on May 2 "proved" that the ink worked the way it was supposed to.

The EC has previously said that silver nitrate was used in the ink and was supposed to last seven days.

However, many individuals have complained of being able to easily wash off the indelible ink within hours of being applied.

Lim later laughed at the parliamentary reply in his Twitter account, noting that the indelible ink was now "edible" based on the reply.

One netizen who was bemused by the reply later tweeted in response, cheekily asking if the ink was "finger licking good".
Supplier’s identity secret for ‘security reasons’

Meanwhile in a separate reply to another DAP MP, Anthony Loke (DAP - Rasah), Shahidan (below) stated that the cost for the use of indelible ink during the May 5 polls was RM6.9million.

Reading out the answer prepared by the EC, the minister said the amount also covered the costs for designing special ink bottles, the brushes, the boxes as well as the cost for the unique ink mixture, seeing as how it was not available in the market.

“Other additional costs consist of transport cost, packaging and storage, about RM200,000, making the total costs RM7.1million,” Shahidan said in the written reply.

He added that at this time, there is no plan to reveal information on the indelible ink supplier to the public for “security reasons”. 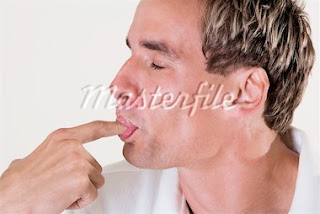 Posted by Geronimo at 2:31 AM No comments:

Australia’s former leader Kevin Rudd toppled Julia Gillard to return as prime minister today, reclaiming the job on his third attempt and with elections less than three months away.

The vote of Labor Party lawmakers followed months of destabilizing leadership speculation, fuelled by opinion polls pointing to an election wipeout for Labor against the Conservative Opposition headed by Tony Abbott.

Rudd’s dramatic return as prime minister came almost three years to the day after he was dumped in favor of Gillard, who was Australia’s first female prime minister, and following two aborted leadership attempts, the most recent in March.

Rudd was elected prime minister in November 2007 and his government helped Australia avoid recession during the 2008 global financial crisis, although he struggled to pass key reforms through parliament. Rudd won the ballot of Labor Party lawmakers by 57 votes to 45. [Source: Reuters]

Footnote: Kevin Rudd speaks fluent Mandarin, and below is an interview with him on Mandarin News Australia when he was the Foreign Minister under the Julia Gillard's administration.

Posted by Geronimo at 2:02 AM No comments:

Haze, Haze, Haze - a song you must listen to

Posted by Geronimo at 7:33 PM No comments: