Someone is certainly left with a red face.

Claire Brown is the editor of Sarawak Report, the Malaysian Police force had requested Interpol to issue a "RED NOTICE" for her, and the IGP had in fact announced that she was on the wanted list in many countries.

WHAT IS AN INTERPOL RED NOTICE?

AN INTERPOL RED NOTICE EXPLAINED: An Interpol Red Notice is the closest instrument to an international arrest warrant in use today. Interpol (the International Criminal Police Organization) circulates notices to member countries listing persons who are wanted for extradition. The names of persons listed in the notices are placed on lookout lists (e.g., NCIC or its foreign counterpart). When a person whose name is listed comes to the attention of the police abroad, the country that sought the listing is notified through Interpol and can request either his provisional arrest (if there is urgency) or can file a formal request for extradition.

Now here is the truth, (SEE THE NOTE BELOW: THE REQUEST WAS FLATLY REFUSED BY INTERPOL A SLAP ON THE FACE OF THE MALAYSIAN POLICE FOR ABUSING THE USE OF THE FACILITY). this is the integrity of the Police force has been blemished, and actually blemished beyond repair as this the announcement had come from Malaysia's top ranking Police Officer.

It is not the policy of Interpol to comment on such cases but in this case it did for the following reasons; Interpol found no merits in this request, and that is why it advised all 190 member countries "not to use Interpol's Channels in this matter pertaining to Claire Brown," thsi is another case of National disgrace, brought upon us by this time the IGP. 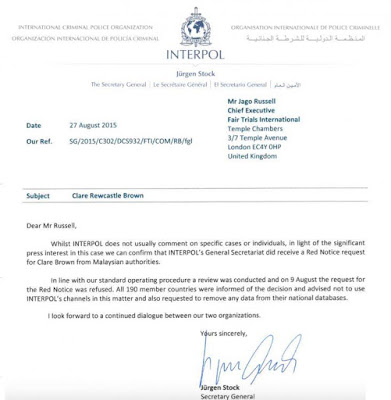 Posted by Geronimo at 6:05 AM No comments:

Email ThisBlogThis!Share to TwitterShare to FacebookShare to Pinterest
Labels: Crime

To all my friends, a Happy Chinese New Year to you and may the Year of the Monkey brings you good health, happiness and prosperity. 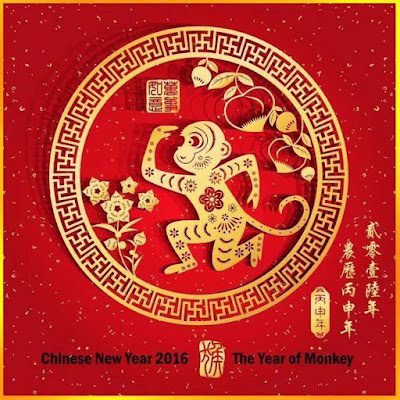 And look who is partaking in the festival .... 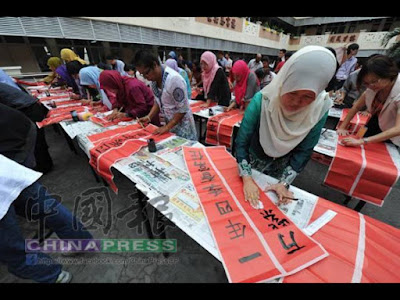 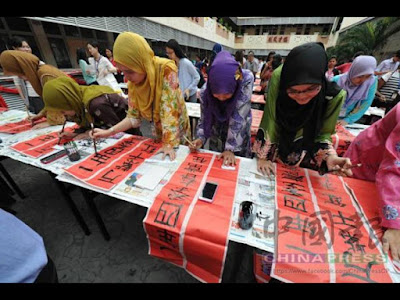 Posted by Geronimo at 4:08 AM No comments: