Now I can see PERKASA, PEMBELA, ISMA, JATI, MAIS and JAIS getting freaked out over this photo 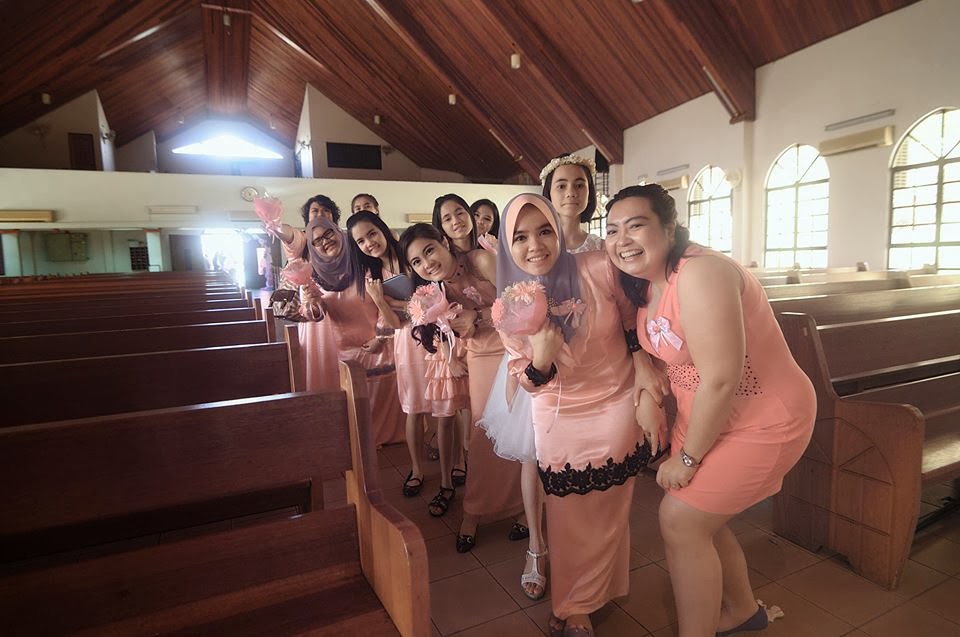 With the 'Allah' issue still on the burner, why am I not surprised?

Open Doors USA released its list Wednesday of the world’s 50 worst violators, weighing factors such as the jailing of Christians, executions and legal restrictions on religious freedom.

The Christian group this year added the category of whether or not a nation was a “failed” state.

Operations Director Jerry Dykstra says a failed state is “a weak state where social and political structures have collapsed to the point where government has little or no control.”

Written in blood about lives of grace, “Foxe: Voices of the Martyrs” celebrates the indomitable human spirit that arises in love against tyranny and torture. More than a book, it is every Christian’s heritage of courage.


Open Doors Communications Director Emily Fuentes says North Korea is like no other country in the world.

“North Korea remains the most difficult country in the world to be a Christian because it’s an act that is punishable there by death or life in prison,” Fuentes said.

North Korea is thought to have as many as 70,000 people imprisoned in camps that Fuentes likens to the camps in Nazi Germany.


“It’s a sentence that is not just for believers, but the sentence to a concentration camp can be for up to three generations of their family,” Fuentes said. “That’s their parents, their children and their grandchildren. No other country is like North Korea in that way."


Fuentes added that the actual number of Christians in prison camps could be higher.

“We estimate that the number is between 50,000 and 70,000, but that’s a conservative estimate, probably minimal. There could be even more,” Fuentes said.

WND reported in September that North Korea and its anti-Christian actions are largely unnoticed by most of the world. Human rights activist and pastor Douglas Riggs says it’s hard to believe that North Korea’s persecution flies “under the radar.”

“It looks like conditions for Christians in North Korea have grown steadily worse. Between the ongoing detention of Kenneth Bae and the mass executions in November, it is abundantly clear that Kim Jong-un has no plans to change his regime’s status as the worst persecutor of Christians in the world any time soon,” Morgan said.

A recent report by a group called Seoul USA said the North Korean church is holding its own despite the persecution. Morgan agrees.


“When North Korea does eventually collapse, I believe we will see Christian leaders there who have kept the faith despite unimaginable opposition rise up to lead a new revival,” Morgan said.


“It’s going to be much like the rise of the church in China over the past 20 years.”

The Open Doors report listed the African nation of Somalia as No. 2. Fuentes said the Islamic terror group al-Shabaab is responsible for Somalia’s ranking.

“For the first time ever, Somalia holds the second spot, and it’s the first time an African nation has risen so high on the World Watch list. It’s because there’s been a significant increase in violence against Christians this year, specifically by the jihadist group al-Shabaab,” Fuentes said.

In the third spot is Syria, and Fuentes said that’s because the militant groups in the Syrian civil war are using the war as an excuse to target Christians.


Fuentes added that some towns in Syria have become “ghost towns” because of the violence.

“Christians have had to flee because they don’t want to live there anymore. In October, there was a historic Christian town that was attacked. Over 45 people were massacred, and hundreds more were injured. It was because they were Christians,” Fuentes said.

Open Doors estimates that there are nearly 1,000 Syrian Christians who have been martyred for their faith.

WND reported in September that Christian leaders in Syria were dismayed by the trend of entire Christian communities leaving because of the violence.


International Christian Concern Middle East analyst Todd Daniels said a Syrian church leader told him of how rebels entered a village and began calling out names using the loudspeakers of the mosques. The Christians were given 48 hours to leave.

“We are continuing to hear stories from Syria of forced conversions or killings by those who did not convert,” he said. “It is these existential threats that are leading Christians to flee.”


Fuentes said Islamic violence is a common thread in the persecution, noting that 37 of the top 50 countries are Muslim.

“Many of these nations are involved in heavy Islamic extremism. So, it’s either terrorist groups or other government officials who are following the extreme version of Islam. That’s what initiates the Christian persecution,” Fuentes said.

In 2013, the worst nation was North Korea, where merely possessing a Bible can be punishable by death.

At that time, eight of the 10 worst offenders were Muslim-majority nations. Egypt, under the Muslim Brotherhood, actually saw its ranking lowered, but not because of any improvement. It was because of worsening conditions elsewhere, the report said. North Korea also was No. 1 in 2012.