A fine example of leadership between Hamas and Israel

Hamas decided to send a gift to the President of Israel . They sent him an elaborate box with a note . The President opened the box and saw that the content was faeces ( shit). He opened the note which said, “This is for you and your people!" The President of Israel thought nothing of it and decided to reciprocate by sending his gift to Hamas with a personal note.
The leader of Hamas were very surprised to receive the parcel and opened it very carefully, suspecting that it might contain a bomb. He discovered that it contained a small “chip” that was rechargeable by solar energy with 1800 Terabyte memory and a 3D hologram display capable of functioning in any type of cellular phone or Tablet or laptop. In other words the most advanced technological invention and development made in Israel. The Hamas leader was surprised by this wonderful gift, until he read the note which said; “ Each leader gives the best his people can produce “ 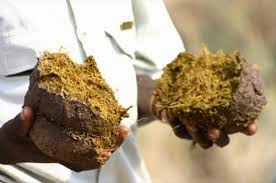 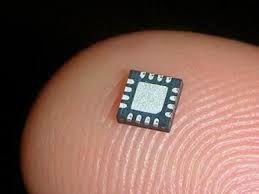 Lately, I have been thinking about a couple of issues which I see as rather comical and hopefully you will see it that way too. This is all thanks to the politics of UMNO Baru.


Those Malays who belong to the pro-UMNO Baru groups always tend to demonise the Chinese as 'Cina Babi', with the deliberate aim of 'hurting' the feelings of the Chinese. They expect the Chinese to get all riled up and frustrated at not being able to do anything at all. Well, the Chinese don't need to.


If they think that the Chinese would get upset, etc, they are so wrong. In fact, the Chinese find it comical as such remark is a no-brainer at all. Simply put, anything that is related to pig i.e. bacon, ham, pork, er ... bak kut teh, are the delicacies of the community and so to the other non-Muslims around the world. Even some Muslims in other countries consume pork or show no abhorrence to pig.

So what makes them think that by calling the Chinese as such would upset the community is beyond me. However, it would be more downright insulting to the Malays if we were to label them as 'Malay babi' which we don't.


Next, every time they get into a racial frenzy, they always ask the Chinese to 'balik Tiong Hua'. Where in the world is 'tiong hua' anyway in the modern day context? 'Tiong hua', as I know it, is an archaic word for overseas Chinese or better known as 'huaren'. If it is referred to as a country, taken in the proper context, then China should be called "Zhongguo" or "The Middle Kingdom" and the people are known as "Zhongguo Ren". So, whenever we are told to 'balik tiong hua', these will appear above our heads, "????????". Anyway, we are Malaysians and we are not returning to 'tiong hua' (wherever it is) any time sooner.


So, please to all those in the pro-UMNO Baru groups, save your breath and stop making yourselves clowns in the eyes of the world. You may like to try something new, I hope? You might like to try some brain-storming first, if you know what I mean.
Posted by Geronimo at 8:23 PM No comments:

Oh my goodness, is this what they teach in schools these days?

With this kind of brain washing education system, no way am I sending my kids to national type schools.  UMNO Baru have itself to blame. 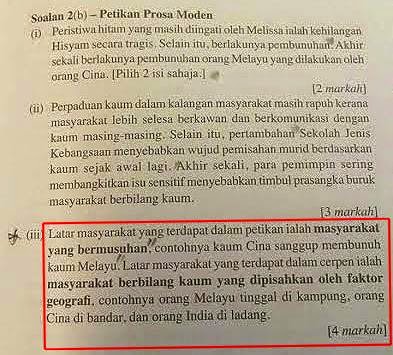 Posted by Geronimo at 8:31 AM No comments: