Najib, you are now in the limelight. Congratulations. 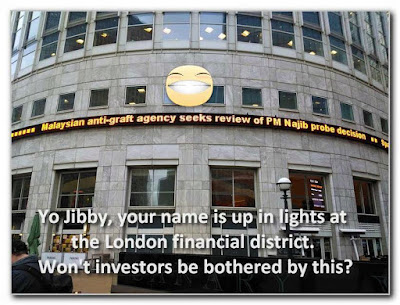 Posted by Geronimo at 6:44 PM No comments:

King Abdullah in Abdulaziz of Saudi Arabia died on January 23 2015, but Zahid Hamidi claims he met him on August 23 2015 to talk about the RM2.6b loan.

You must be shitting us, Zahid, unless you were talking to a corpse. 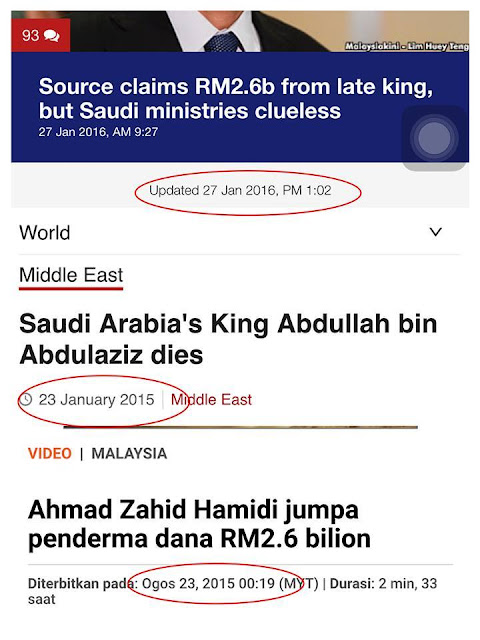 Posted by Geronimo at 2:34 PM No comments: 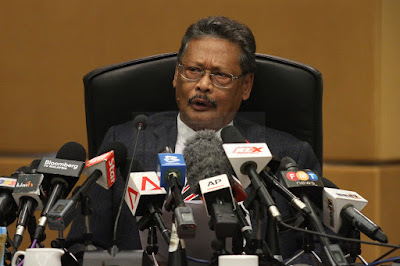 To be lied to is one thing but to insult our intelligence is another, and I don't believe, not many right minded thinking Malaysians can tolerate this.

"Under the exchange Control Act 1953, the import/export currency control is deemed to be a matter relating to customs. Thus, failure to declare would result in an offence under the Customs Act 1967.

A resident and non-resident are permitted to carry into and out of Malaysia, ringgit notes not exceeding USD 10,000 equivalent per person.

There is no limit for a resident and non-resident to carry into and out of Malaysia foreign currency notes and traveller’s cheques but need to declare in Customs Form 22 (Borang Kastam 22) if total amount exceed USD 10,000 equivalent."

So, reading the last para, having taken into account of RM2.6b that had entered the country, and according to Najib, a sum of RM2.03b was returned to the Saudi donor in 2013. The Custom Act 1967 under "Permitted Currency Limits" came into effect on January 31 2012. As such, did Najib declare under Borang Kastam 22 of such transactions? This was the first thing that should have caught Apandi's attention.

Secondly, how was the money returned to the Saudi donor? Telegraphic transfer, bank draft, etc? Surely, there must be some form of documentations from the banks concerning this movement of fund. Unless, Najib brought the money in CASH form in a suitcase and personally handed it over to the donor? By doing that, he would have breached the Custom Act. Apandi should have looked into this as well.

Money came in and money went out, where was Bank Negara all this time. Zeti had better come clean on this too.  It is similar to that of the MH 370 which entered and exit our air space without so much of an alert from the authorities.

If ordinary folks like us can see through the veil of deception. how could Apandi not able to see it being a learned counselor himself.
Posted by Geronimo at 2:18 PM No comments:

Residents of Selangor, please take note of the following offered by your State government. 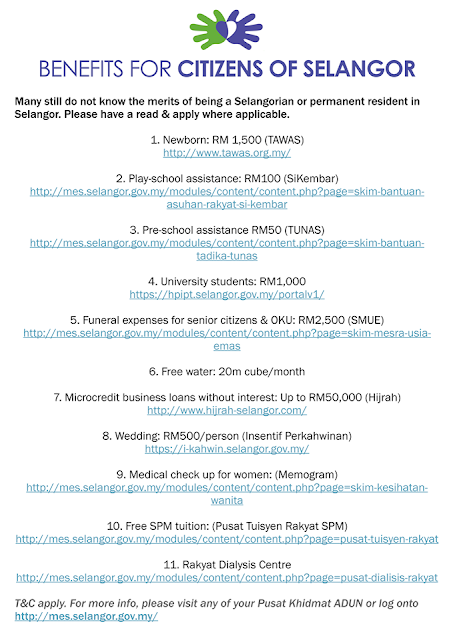 Posted by Geronimo at 7:17 AM No comments: