Let's face it. Our country is sick, very sick and may be terminally so 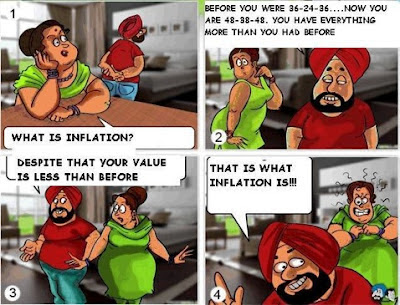 I had a problem yesterday, so I called Eric, the 11 year old next door, whose bedroom looks like Mission Control and asked him to come over.

Eric clicked a couple of buttons and solved the problem.

As he was walking away, I called after him, 'So, what was wrong?
He replied, 'It was an ID ten T error.'

I didn't want to appear stupid, but nonetheless inquired,

Eric grinned ... 'Haven't you ever heard of an ID ten T error before?

So I wrote down:

If you didn't see this on the Tonight show, I hope you're sitting down when you read it. This is probably the funniest date story ever, first date or not!!! We have all had bad dates but this takes the cake.
Jay Leno went into the audience to find the most embarrassing first date that a woman ever had. The winner described her worst first date experience.
There was absolutely no question as to why her tale took the prize!
She said it was midwinter...Snowing and quite cold... and the guy had taken her skiing in the mountains outside Salt Lake City, Utah.
It was a day trip (no overnight). They were strangers, after all, and had never met before. The outing was fun but relatively uneventful until they were headed home late that afternoon.
They were driving back down the mountain, when she gradually began to realize that she should not have had that extra latte!! They were about an hour away from anywhere with a rest room and in the middle of nowhere! Her companion suggested she try to hold it, which she did for a while. Unfortunately, because of the heavy snow and slow going, there came a point here she told him that he had better stop and let her go beside the road, or it would be the front seat of his car.
They stopped and she quickly crawled out beside the car, yanked her pants down and started. In the deep snow she didn't have good footing, so she let her butt rest against the rear fender to steady herself. Her companion stood on the side of the car watching for traffic and  indeed was a real gentleman and refrained from peeking.. All she could think about was the relief she felt despite the rather embarrassing nature of the situation.
Upon finishing however, she soon became aware of another sensation.. As she bent to pull up her pants, the young lady discovered her buttocks were firmly glued against the car's fender. Thoughts of tongues frozen to poles immediately came to mind as she attempted to disengage her flesh from the icy metal. It was quickly apparent that she had a brand new problem, due to the extreme cold.
Horrified by her plight and yet aware of the humor of the moment, she answered her date's concerns about' what is taking so long' with a reply that indeed, she was 'freezing her butt off' and in need of some assistance!  He came around the car as she tried to cover herself with her sweater and then, as she looked imploringly into his eyes, he burst out laughing. She too, got the giggles and when they finally managed to compose themselves, they assessed her dilemma. Obviously, as hysterical as the situation was, they also were faced with a real problem.
Both agreed it would take something hot to free her chilly cheeks from  the grip of the icy metal! Thinking about what had gotten her into the predicament in the first place, both quickly realized that there was only one way to get her free. So, as she looked the other way, her first time date proceeded to unzip his pants and pee her butt off the fender.
As the audience screamed in laughter, she took the Tonight Show prize hands down. Or perhaps that should be 'pants  down'.. And you thought your first date was embarrassing. Jay Leno's comment...   'This gives a whole new meaning to being pissed off.'
Oh and how did the first date turn out? He became her husband and was sitting next to her on the Leno show.
--------------------------------------------------------------------------------------------------------

ACTUAL LETTER TAKEN FROM THE TIMES OF INDIA.

I am an older young uncle living only with myself in Lahore . Having seen your advertisement for marriage purposes, I decided to press myself on you and hope you will take me nicely and easily.

I am a soiled son from inside Punjab . I am nice and big, six foot tall, and six inches long. My body is filled with hardness, as because I am working hardly. I am playing hardly also. Especially I like cricket, and I am a good batter and I am a fast baller. Whenever I come running in for balling, other batters start running. Everybody is scared of my balls because they bounce a lot.

I am very nice man. I am always laughing loudly at everyone. I am happy and I am gay. ladies, they are saying I am nice and soft. Am always giving respect to the ladies. I am always allowing ladies to get on top. That is how nice I am. I am not having any bad habits. I am not drinking and I am not sucking cigarettes or anything else. Every morning I am going to the Jim and I am pumping like anything. Daily I am pumping and pumping. If you want you can come and see how much I am pumping the dumb bells in the Jim.

I am having a lot of money in my pants and my pants is always open for you. I am such a nice man, but still I am living with myself only. What to do ? So I am taking things into my own hands everyday... That is why I am pressing myself on you, so that you will come in my house and take my things into your hands.

If you are marrying me madam, I am telling you, I will be loving you very hard every day.. fact, I will stop pumping dumb belles in the Jim. If you are not marrying me madam and not coming to me, I will press you and press you until you come. So I am placing my head between your nicely smelling feet looking up with lots of hope.

I am waiting very badly for your reply and I am stiff with anticipation.
Expecting soon

Yours and only yours

Choudhary Warraich,
born by mother in Okara and become big in Lahore, Punjab

Posted by Geronimo at 5:32 AM No comments:

My sweet Lady Jane
When I see you again
Your servant am I
And will humbly remain
Just heed this plea my love
On bended knees my love
I pledge myself to Lady Jane
My dear Lady Anne
I've done what I can
I must take my leave
For promised I am
This play is run my love
Your time has come my love
I've pledged my troth to Lady Jane
[Interlude]
Oh my sweet Marie
I wait at your ease
The sands have run out
For your lady and me
Wedlock is nigh my love
Her station's right my love
Life is secured with Lady Jane
Posted by Geronimo at 6:30 AM No comments: