Posted by Geronimo at 2:41 PM No comments:

Breaking away from the federation can lead the country into chaos, and he is right.

Dr Mohd Asri is right. See what happens after Singapore splitted from Malaysia, we are now in such a terrible state e.g. earth quake, ship missing, plane missing, plane shot down, national airline is on the verge of closing shop, murder galore, corruption on the rise as never seen before, racial and religious bigotry on the rise, etc. Whose fault is it? UMNO, for telling Singapore to leave the federation and now we are paying the price for it.

PETALING JAYA: Any state wishing to break away from the federation can only lead the country into chaos,  Perlis mufti Dr Mohd Asri Zainal Abidin said in a Facebook posting.

“Demands by any quarters to secede any state from Malaysia will have serious repercussions on our federation. It will lead to Malaysia’s collapse and also ruin the unity Muslims and non-Muslims in general enjoy,” he said on his DrMAZA.com Facebook page.

He also said any talk of secession was a big threat to the country’s stability and would jeopardise the nation’s history as well.

“This is the biggest threat to the stability of Malaysia. History will be erased and a country respected for its peace and development will be buried for good. May Allah save us all.”

This cautionary message comes hot on the heels of an ominous posting by Tunku Idris Iskandar of a screenshot of the Johor state’s agreement to become a part of the Federation of Tanah Melayu and its right to secede if the conditions stated in the agreement were violated.

The issue of secession has been a delicate one in the country with the government having made it seditious to demand for it and with several individuals already having been charged in court for allegedly pushing for Sabah’s secession.

The picture posted on June 15 by Tunku Idris, was not accompanied by any title or personal comment so it was unclear as to whom it was directed to or the purpose of it.

It was however posted after remarks by Minister of Tourism and Culture Nazri Aziz that the Tunku Mahkota of Johor not meddle in politics unless he was prepared to be “whacked”.

Nazri made this comment when Tunku Ismail Sultan Ibrahim commented on Najib Razak’s decision to skip the Nothing2Hide public dialogue on June 5 by saying the prime minister had everything to hide.
Posted by Geronimo at 6:10 PM No comments: 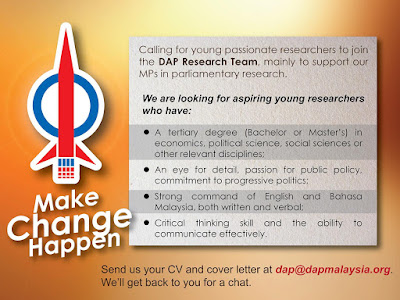 Is this how Malaysia is going to compete in sports internationally?

Listed below are 36 sports and disciplines being featured in the current SEA Games. Basing on the 'aurat' issue, I don't believe that leaves much room for Malaysian Muslims to enjoy participating in full in all future events. Those marked with an asterisk (*) are those most likely to be out of bounds to Muslims, male and female alike, which will account for 17 of the sports or 47.2% of the overall games.
This is close to 50% of potential medals lost before the game even began. If such is the case, would it be any point to participate in future games?
However, I would like to stand corrected on the identification of the games for Muslims.
Posted by Geronimo at 7:59 AM No comments:

Many Malaysians were outraged when pictures emerged showing a number of foreign tourists allegedly stripping and urinating on Mount Kinabalu.
The fact that the alleged perpetrators have shown no remorse and instead, have taunted and insulted the locals and their culture on their social media pages, has angered Malaysians even further.
Travel blog Monkeetime founder Emil Kaminski, who claims to be one of the nudists in the infamous photographs, said on his Facebook page:
“It is not based in logic, but superstition. I utterly do not care for superstition. If local religion prohibits certain actions, then local believers of that religion should not engage in it, but they cannot expect everyone to obey their archaic and idiotic rules.”
Following that, Facebook user Melanie Lim posted an open letter to the Mount Kinabalu nudists on June 8 – and it is brilliant.
Read it here:
Dear Emil, Monkeetime, and the rest,

I haven’t been this angry in a long time. In fact, I doubt I have ever been this angry. I was raised to respect people as equals, and I am doing my best to keep that in mind. I am truly, however, disappointed and ashamed to have to call you as such. Please know that there is nothing more I would like to do than cuss you out, but I am a better person – not better than you, but better than that.
I cannot understand and I cannot even begin to fathom how utterly and completely selfish you must be. It is not a joke. It is not even remotely funny. People have lost families and loved ones because of the earthquake. If you did or did not cause it is not the point. If the mountain has spirits or not is not the point.
The point is you.
The point is your disrespect, and your continual disrespect of Malaysia. You have not insulted just the locals of Borneo – you have insulted Malaysia. Every. Single One of us who call it home, whether we live here or overseas.

The point is your insolence for who we are. This is not your home. This is not your country. You are but a visitor, with no right to do what you did. Our culture makes us who we are; who are you to question it, let alone defile it?
The point is your ignorance of the current situation. People have lost lives. People have lost family and loved ones. People have lost their homes. People are suffering. And you don’t care. Don’t tell me otherwise, because it’s evident in the way you speak.
The point is your inability to take responsibility for what you have done. I don’t mean the earthquake – I mean the incivility you have displayed by taking those pictures. You would not go to France and draw on the Mona Lisa. You would not go to England and vandalise the Buckingham Palace. You would not go to Egypt and take a dump on the pyramids. And yet, you have taken nude pictures on sacred land. It’s the same thing; you have come into our land and blatantly, and without any sign of remorse, desecrated something that is special to us.
Own up. Take responsibility. Apologize. These are basic manners ingrained into me since I was a child. I don’t know what background you’ve had, nor how you were raised. I only know the bare basics of how to behave. You have taken those pictures. You have shown nothing but a complete and utter effrontery for us as a country. You have damaged the sacredness of our mountain, and then you have the sheer audacity to insult us and our culture after that.
I am angry, but I am also disgusted. I am disgusted by your hard heart – your lack of empathy towards those who are suffering. I am disgusted that you have such a small mind and such a shallow appreciation for different cultures that you can’t understand what you have done wrong. I am disgusted that you cannot and will not take responsibility for what you have done. I am disgusted by your continual insulting of our culture and our people.
You alone know why you did such horrible acts, and you alone know why you have shown such disrespect towards us as a nation. All I know is that I truly and honestly pity you, because only someone with absolutely no moral standards would ever do something like this. What truly horrible lives you must live and have lived to have turned out this way.
I can only hope that, one day, you find your way back to humanity.
Sincerely,
A Malaysian.
Posted by Geronimo at 4:44 PM 3 comments:

Whoever intends to keep this government for another term, must be really out of his mind. Following on the heels of the recent implementation of the GST and petrol increase, now there are plans to increase the toll rates. Although it has yet to be approved but the simple idea of bringing it up in the form of a proposal is bad enough to show how callous this government can be. Najib could have just simply thrown the proposal out of the window and be done with it.

They are simply inviting us to vote them out come GE14.  It cannot be any clearer than that.
Posted by Geronimo at 7:51 AM No comments: