Pakatan kicks off its campaign for Hulu Selangor

Let the win for PR be a bigger margin this time round.
Posted by Geronimo at 6:37 PM 1 comment: 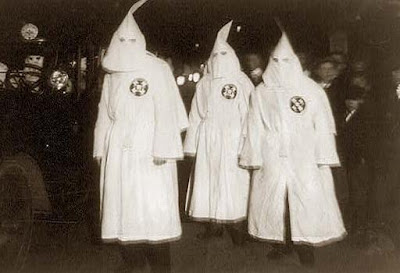 Email ThisBlogThis!Share to TwitterShare to FacebookShare to Pinterest
Labels: Prejudice

The Selangor Menteri Besar had exercised his powers under Section 2C of the Official Secrets Act 1972 to release the minutes of an EXCO meeting held in 1987 so that the public is aware of the decisions made by the previous government on the matter.

The minutes revealed that United Estate Project Berhad (UEP), now known as Sime Darby UEP, applied for 72.64 acres of land in Petaling (now Subang Jaya) in 1986 for recreational purposes. The premium price for the land was tagged at RM4.95 million.

However, UEP had asked for a discount of the premium and the then Petaling District Land Office (Pentadbir Tanah Daerah Petaling) advised the State Government to consider the company’s request as UEP had already spent RM10 million to build recreational infrastructure on the land and that the area would be for recreational purposes. It was further stated that a valuer’s report submitted then stated that the land is only worth RM1.575 million and if this value is used, the premium owed would be much less.

It was then proposed that 10 housing units (nine semi-detached houses and one bungalow) said to be worth a total of RM2.7 million, would be purchased from UEP as an exchange for UEP’s land premium. This exchange concept (“konsep timbalbalik”) meant essentially that UEP would make its land premium payment in kind instead of in cash.

It is hoped that this declassification clarifies the manner in which Sime Darby UEP obtained its land titles for the land at Subang Ria Recreational Park. The past Selangor State Government approved the alienation of land based on consideration in kind which essentially means that Sime Darby UEP is the valid title owner of the land as approved by the then State Exco.

Sime Darby UEP has since submitted proposals on development plans on the land and is currently being considered by the state. As the rightful owner of the land, the State cannot stop them from making development plans. However, the State will ensure that the residents will not be deprived of their designated green lung area for the community’s recreational use.

Development in Selangor will not be done at the expense of the rakyat and the State Government assures that all decisions will be made with transparency and accountability and in line with the State’s “Merakyatkan Ekonomi Selangor” agenda .

Posted by Geronimo at 2:00 PM No comments:

More worms are coming out from the woodworks regarding Ibrahim Ali's association with Berjaya. This time,it is the gambling interest, also of Berjaya, Ascot Sports. Not only is this guy a hypocrite but one hell of a sinner as well.
Machang MP Saifuddin Nasution today alleged in the Dewan Rakyat that Pasir Mas MP Ibrahim Ali - famous for his virulent Malay rights activism - posesses shares in a gaming company owned by tycoon Vincent Tan.
The allegation was made when Saifuddin was debating the royal address, while initially urging the government to elaborate on gambling licences given to the Ascot Sports company.

"Pasir MAS, the 'true warrior', has shares (in that company) too. That is the real face of 'Malay warrior'. We will seek the Finance Ministry's explanation on this," said Saifuddin.

Ibrahim, who was present when Saifuddin made the allegation, shrugged it off.

According to Saifuddin, Ascot Sports was granted a 20-year licence to perform their operations, which included betting on horse racing, football and other sports.

He also took a dig at Umno, reminding the House that the Malay-based party which claimed to fight for Islam, the Malays and the nation was the one whose president was the PM when the permit was granted.

The Dewan Rakyat broke out into commotion again today when Pasir Salak parliamentarian Tajuddin Abdul Rahman mentioned a few names in the Malaysian Business list of the country's wealthiest, intending to show that it is not only Umno people that are rich and famous.

He mentioned the name of business tycoons Robert Kuok and Ananda Krishnan, who are on the list, asking, "is this Umno? No, they are not Umno".

However, this invited interjections from Pakatan parliamentarians, notably Mahfuz Omar (PAS-Pokok Sena) who asked him to read the names in the 20th and 40th positions, which is former PM Mahathir Mohamed's son Mokhzani Mahathir (right), and Premier Najib Razak's brother Nazir Razak respectively.

"Read the names on the 20th and 40th positions, those are Umno."

Tajudin retorted the opposition were envious of the wealth gained by those in Umno.

"Why are they mentioning number 20 and number 40? Anyone associated with Umno or the prime minister, they must be poor, is it?." he asked.

Working people often ask retired people what they do to make their days interesting.

Well, for example, the other day my wife and I went into town and went into a shop. We were only in there for about 5 minutes. When we came out, there was a traffic cop writing out a parking ticket.

We went up to him and said, 'Come on mate, how about giving a senior citizen a break?'

He ignored us and continued writing the ticket. I called him a 'Nazi turd'. He glared at me and started writing another ticket for having worn tyres.

Then my wife got really angry and called him a 'sh**t-head' (not something she usually says.) He finished the second ticket and put it on the windshield with the first. Then he started writing a third ticket.
This went on for about 20 minutes. The more we abused him, the more tickets he wrote.

Personally, we didn't care. We came into town by bus. We try to have a little fun each day now that we're retired. It's important at our age. 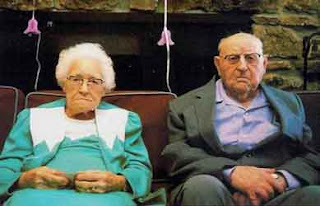 -----------------------------------------------
It lasted over 20 odd years then most probably not correct yah!!
The 10 Commandments of Marriage
Commandment 1.
Marriages are made in heaven. But then again,
so is thunder and lightning.
Commandment 2.
If you want your wife to listen and pay strict attention to every word
you say, talk in your sleep.
Commandment 3.
Marriage is grand -- and divorce is at least 100 grand!
Commandment 4.
Married life is very frustrating. In the first year of
marriage, the man speaks and the woman listens.
In the second year, the woman speaks and the man
listens. In the third year, they both speak and the
neighbors listen.
Commandment 5.
When a man opens the door of his car for his wife,
you can be sure of one thing:
Either the car is new or the wife is.
Commandment 6.
Marriage is when a man and woman become as one;
The trouble starts when they try to decide which one.
Commandment 7.
Before marriage, a man will lie awake all night thinking about something you say
After marriage, he will fall asleep before you finish.
Commandment 8.
Every man wants a wife who is beautiful, understanding, thrifty, and a
good cook.
But the law allows only one wife.
Commandment 9.
Marriage and love are purely matter of chemistry.
That is why wife treats husband like toxic waste.
Commandment 10.
A man is incomplete until he is married.
After that, he is finished.
Posted by Geronimo at 4:38 AM 2 comments: