When the Penang state government gave out the RM100 allowance to it's senior citizens, that Gerakan chap 'bising bising' accusing the Pakatan state government of corruption. Now, I sure would like to hear what he has to say about this event. Another round of corruption???? Lim Keng Yaik was right. There is little hope of Gerakan managing the state again.
It is not every day that workers involved in 'difficult, dangerous and dirty' jobs get to be in the limelight.

But on Monday, 47 labourers from the Penang Municipal Council received, for the first time, cash awards plus medals as recognition of their hard work from Chief Minister Lim Guan Eng.

18 workers - whose daily grind includes entering manholes and monsoon drains, submerging themselves in stinking black waters and clearing them of all kinds of garbage - were awarded RM500 for their efforts while RM200 was awarded to the remaining 29.

Those present at the event were rather shocked to hear that among the debris, a worker may find not only animal bodies but also human corpses.

Many were teary-eyed after witnessing a video presentation on the workers put together by former Malaysiakini citizen journalist Lillian Chan.

Photos of the workers with their feet deep in dirt and slime and interviews on their personal experiences at work touched the hearts of those present.

The event was part of the implementation of the state's recently-launched 'Cleaner, Greener Penang' campaign.

P. Shunmugam, 54, a council worker for about 30 years, was all smiles over the unexpected recognition.

“This is the first time in my working life that I get to receive a reward for my work,” he said.

“Not to mention, too, that this is the first time in my life that I get to be so close to the chief minister.”

S. Govindasamy, 53, said he had never thought of doing any other work as he was already familiar with his present job.

“I have put my children through school and university by doing this job so why should I think of changing it?”

Council chairperson Patahiyah Ismail said the workers were so dedicated that they refused to use modern machines to ease their workload.

“It was at their own request that they would rather go to the 'deep end' of a drain or manhole and do the job themselves than use machines which were not effective at all,” she said during her speech.

“In fact they do not blame anyone for their situation because this is exactly how they want to do their jobs.”

Lim said he was amazed to hear how the workers were willing to jeopardise their safety and health by doing a '3D' job instead of relying on modern technology.

“This work is not simple, indeed this is the kind of work which calls for great sacrifices,” he said.

“These are the unsung heroes, without them, Penang will not be as wonderful as we often hear it is.”

Posted by Geronimo at 6:21 AM No comments:

Some quirky Malaysian way of life ..... 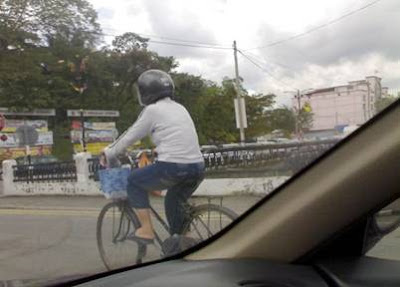 Safety First, even when riding on a bicycle 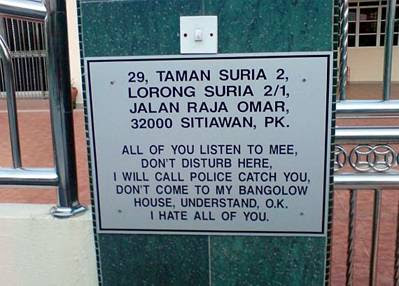 This is one angry owner 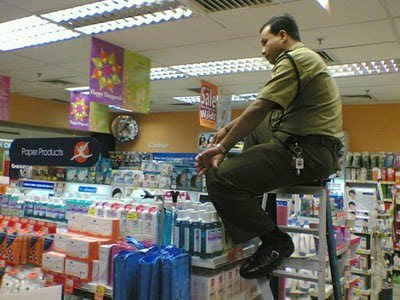 A new type of CCTV 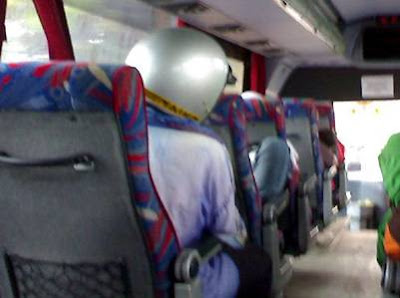 New safety rule when riding in a bus 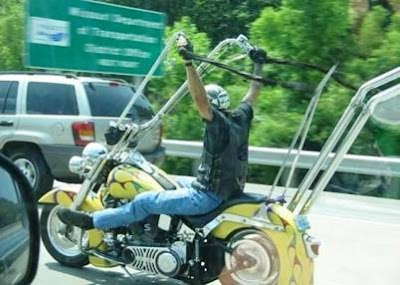 Airing the armpits while riding on a bike 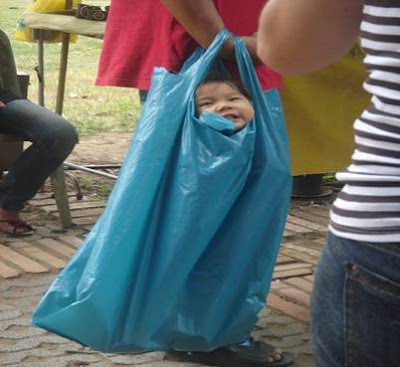 An innovative way to carry your baby while shopping 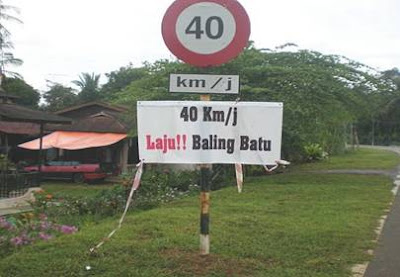 Please adhere to the speed limit 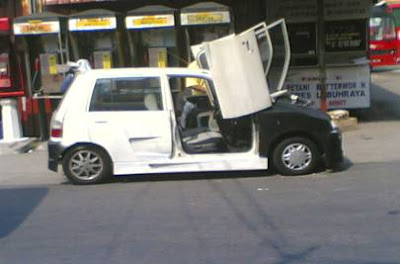 An old Italian man is dying.

He calls his grandson to his bedside....

"But grandpa, I really don't like guns. How about you leave me your Rolex watch instead?"

"You lissina me, boy. Somma day you gonna be runna da business, you gonna have a beautiful wife, lotsa money, a big-a home and maybe a couple of bambinos.

Somma day you gonna come-a home and maybe finda you wife inna bed with another man...

Whatta you gonna do then?

Arab student sends an email to his Dad saying:

Berlin is a wonderful, people are nice and I really like it here, but Dad, I am a bit ashamed to arrive at my college with my Gold Mercedes when all my teachers travel by train.

Some time later, Nasser gets a reply to his email from his Dad.

Twenty million dollars transferred to your account. Please stop embarrassing us. Go and get yourself a train too.

Think before U speak!!

Wife goes to Woolworths, sees men's underwear on sale.
She buys a dozen of the same colour.
Goes home and gives hubby.

Hubby protests, "Why buy me the same colour?

People will think I do not change underwear!!
Wife asks,” Which 'people'?"

Posted by Geronimo at 9:46 AM No comments: