It's that time of the year again

Today sees many of the Chinese owned coffee shops re-opened for business after a five-day hiatus to celebrate the year of the Water Dragon.


My wife and I decided to go to our usual coffee shop in our taman to have our breakfast.  Besides my usual hot Chinese tea, I decided to order a bowl of mee soup.


What irked me was when the food was delivered onto my table, I was told to pay RM4.50 for the fare.  I asked the girl what happened to the usual RM4.00 price.  Her reply was, hawkers like them normally increase their prices after Chinese new year and it can range from 0.30 sen to 0.50 sen.  Begrudgingly I paid for my food but what upset me even further was the amount of mee in the bowl was reduced and so were the ingredients like chicken shreds, vegetables, etc.  Hey, what gives?!?  I do not mind paying that 0.50 sen extra had the quantity and quality remain the same, at least.  But to reduce the elements with a price increase, this is definitely going a bit too far even for the festive season.


Now, I am not trying to act like a Scrooge, but we as consumers are definitely not getting what we are paying for, and something has to be done about this.


In a matter of consumer protest, I have decided to boycott this stall and patronise others that provide better offerings.

Ah Jib Gor vs Ah Wah Gor, on Facebook, that is 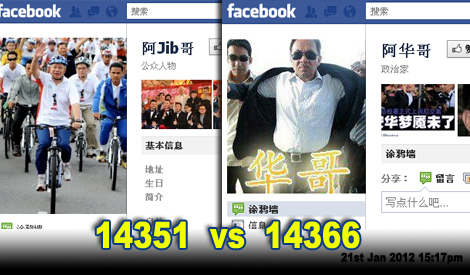 [Picture from Malaysiakini]
Malaysian Prime Minister Najib Razak and arch-rival opposition leader Anwar Ibrahim are taking their battle to for the center-ground of Malaysian politics in an unexpected direction: the Chinese-language pages of Facebook.
Mr. Najib launched the first salvo last week, his team putting up a Chinese-language page where he is called “Ah Jib Gor,” or “Brother Najib,” which had 18,700 “likes” by Wednesday.
Mr. Anwar’s team retaliated quickly, putting up their own Chinese-language Facebook page under the name of “Brother Anwar,” or “Ah Wah Gor.” So far, he is in the lead, at least among Malaysians who can be bothered logging on, attracting 38,137 “likes.”
Mr. Anwar’s tally also appears to be benefiting from a fake version of Mr. Najib’s Mandarin page which might be siphoning votes away the premier’s official profile, though it is unclear who is behind the spoof page.
Both Messrs. Najib and Anwar are campaigning to win over Malaysia’s ethnic-Chinese voters, who could help determine the outcome of the next national elections. The vote is likely to be among the most fiercely contested in the country’s history and could come any time between now and 2013. Mr. Najib is wooing voters by pledging more reforms to roll-back the affirmative-action policies that for decades have afforded a competitive advantage to the country’s majority ethnic-Malay community in a bid to help them catch up with Malaysia’s Chinese, who make up a quarter of the population.
Many Malaysian Chinese, though, along with some of the country’s ethnic-Indian population, view Mr. Anwar’s opposition alliance as a better bet for bringing change and expanding the country’s economy, making the community a key battleground in the election fight.
Mr. Najib already is an avid Internet user, employing both Facebook and especially Twitter to connect with potential voters. His aides say switching to Mandarin is a natural extension of that. In a recent interview with The Wall Street Journal, Mr. Najib described how he had to move with the times, even if some of his more conservative advisers look askance at his willingness to go online. Last week he celebrated getting his 400,000th follower on Twitter by—what else—tweeting about it.
Political analysts expect Mr. Anwar, also a compulsive tweeter, to ramp up his campaign, too, after the Kuala Lumpur’s High Court on Jan. 9 acquitted him of charges that he had broken Malaysia’s strict sodomy laws – a charge which Mr. Anwar says was politically motivated.
Mr. Najib denies having anything to do with Mr. Anwar’s sodomy case. State prosecutors appealed the verdict late last week.
In the Facebook face-off, though, Mr. Anwar could well retain the upper hand. His key political partner is the predominantly ethnic-Chinese based Democratic Action Party.
[Source: Wall Street Journal]

Posted by Geronimo at 2:05 PM No comments:

All these happened on the first day of Chinese New Year.

First, you have these people from BN in Penang who proclaimed that Najib represents moderation. 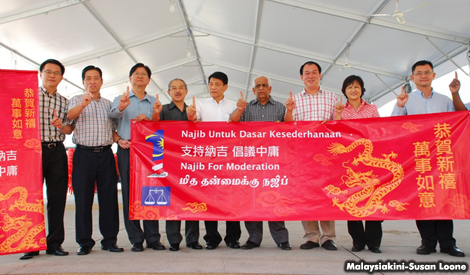 Then, you have that tainted MCA president, Chua Soi Lek, pleading to the Chinese community not to experiment with the Opposition, but to give them another chance to govern for they, and only they, have the proven record to show. 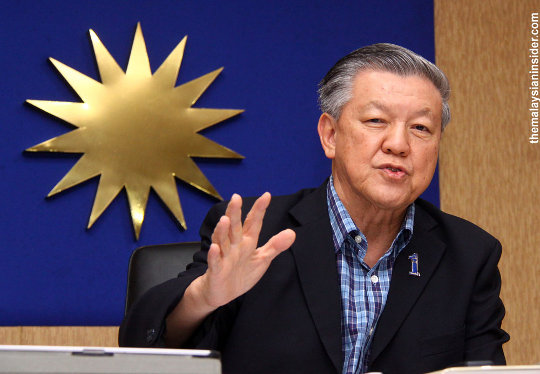 Just when you think you are about to buy into all that crap, out popped PERKASA with its anti-Christian bashing again, this time by none other than it's Secretary-General, Syed Hassan Syed Ali, leading the charge.  Read article here. 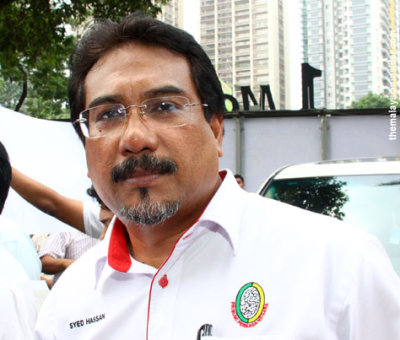 But the incident that really got everybody incensed was the unruly disruption of the ABU-HINDRAF ceramah held last Saturday at the Kampung Jalan Kebun Community Hall
in Shah Alam/Klang by a group of UMNO supporters.  They went so far to even threaten the crowd with iron rods and drove their motor bikes into the meeting hall.  One rally participant has been hospitalised as a result of head injuries. 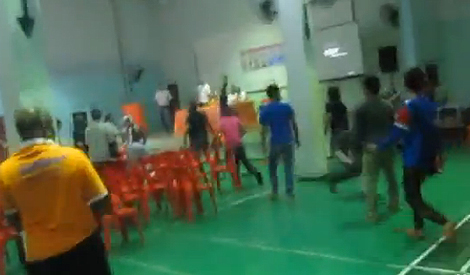 So, what kind of message is the BN or UMNO sending out to the people, anyway, and mind you, except for the ABU-HINDRAF ceramah, all the above-mentioned events took place on the first day of Chinese New Year.


GERAKAN might as well save its money on the TV ads as I find it incomprehensible that after all this time, they still cannot see that UMNO is taking them for a ride with their two-faced approach.  One, to appear a moderate and the other, to appear as racist.  You don't need a rocket scientist to figure out the game UMNO is playing and to think we have a PhD leading the party.


Would anyone of us still want to vote for UMNO or the BN when they continue to propagate violence and hate?  The answer is pretty obvious.
Posted by Geronimo at 9:04 AM No comments:

Enter The (Year Of The) Dragon 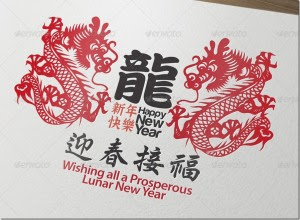 Posted by Geronimo at 6:06 AM No comments:

Previous feature:
Deborah
Posted by Geronimo at 5:56 AM No comments: