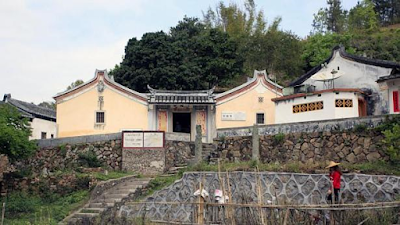 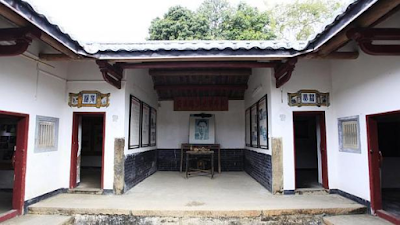 The local authorities are transforming Mr Lee's ancestral home (above) in Dabu county, Guangdong province, into a tourist attraction. Mr Lee's great-grandfather built the home with money he had earned in Singapore. -- PHOTO: XINHUA

DABU (Guangdong) - The authorities in a county in southern China are spending 40 million yuan (S$8.8 million) to turn Mr Lee Kuan Yew's ancestral home into a tourist attraction, reported Hong Kong's Wen Wei Po daily.
The plan is to transform the site in Dabu county, Guangdong province, into an international rural tourist destination infused with Chinese Hakka cultural characteristics, the report said.
Work on the project officially began last year, it said, and the first phase, which comprises a Lee Kuan Yew Memorial Hall, will be completed by the end of this year.
Mr Lee's great-grandfather Li Muwen built the ancestral home, named Zhonghandi, in 1884 with money he had earned in Singapore.
Between 2007 and 2008, the house and its surroundings were refurbished by the local authorities, Wen Wei Po said.
They also set up exhibitions detailing the Lee family genealogy, Mr Lee's family and political life as well as an introduction of Prime Minister Lee Hsien Loong, the report added.
It cited an unnamed Dabu county official as saying that many local and foreign tourists visit the area every year to understand the life of Mr Lee
Posted by Geronimo at 5:41 AM No comments: