Al Jazeera : Is it time for change in Malaysia?

IMHO, Chandra Muzaffar has no credibility to be on the show's panel.  He is definitely a Anwar-hate centric person.  If he knew that Anwar's fiscal policy would damage the nation's economy when the latter was the finance minister & that the latter was equally corrupt, why then did he join Anwar's party the moment it was formed and then readily accepted the party's nomination as MP candidate for the Bandar Tun Razak constituency in the 1999 GE?  The last question posed to him by the moderator was about Najib's economic policy.  His response was tethering and he immediately switched to attacking Anwar.  It is even more telling that he became so defensive when Dr Ong Kian Ming starts to speak?  A canary now sings a different tune. For once, I have but to say that Khairy Jamaluddin would have been a better speaker to represent BN on the panel, not a turn-coat like Chandra Muzaffar.
Posted by Geronimo at 5:45 AM 1 comment:

The following took place in Kota Damansara on April 13 2013. A truly inspiring speech from Ambiga.

Posted by Geronimo at 9:34 PM No comments:

The new mandore of Barisan Nasional

For a long while now, Waythamoorthy, the chieftain of Hindraf has been needling the Indian representatives in Pakatan Rakyat calling them "mandores".  Now on the sly, he has gone on to sign an MOU with Najib and if this was not bad enough, he has called on all Indians to return the two-third majority to the BN.  His brother, P Uthayakumar was apparently livid at such a u-turn by Waythamoorthy, and in response urged the Indians to support Pakatan Rakyat instead.

I wonder what kind of understanding that has been reached between Waythamoorthy and Najib.  I have studied the 18 points and if Najib was to concede to Waythamoorthy's demand, it is akin to raising the status of the Indians to that of the Malays, which UMNO will no doubt find it terribly offensive.  Perhaps this could be one of the last few desperate moves of Najib - concede now and renegade on the agreement later.  After all, it is only a memorandum of understanding which is not enforceable.  If UMNO could do it to Chin Peng and SUQUI, what is stopping UMNO from doing it again, this time on Waythamoorthy and gang.

One of the demands was that Hindraf should be given 7 parliamentary seats and 10 state seats to contest in the coming GE.  By inking the MOU, did Najib agree to this demand when the BN candidate list has already been released days ago.  Even without amending the list, many BN members are already unhappy that they were not included or have been moved to another location to contest.  So how is Waythamoorthy going to fit into Najib's larger scheme of things, I wonder?

And so, the fragmentation of the Indian community continues. 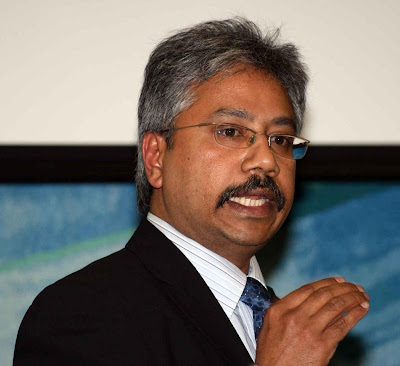 Why 30 cabinet ministers need to be voted out

After months of speculation and waiting, Prime Minister Najib finally dissolved Parliament  in a live broadcast to the nation in the presence of his entire Cabinet.
Since Najib has already set a string of new records in Malaysian history including by presiding over the longest-serving administration in the country without an electoral mandate and allowing the Negeri Sembilan state assembly to automatically dissolve, I put forward to the Malaysian voters to help Najib set another record of being the first BN Prime Minister that will lose an election in the upcoming 13th general election.
To help Najib along, I give reasons for Malaysian voters to vote out every single Cabinet Minister who was with Najib this morning, if they are selected to run as a candidate.

2. Idris Jala, CEO of Pemandu and Minister in the Prime Minister’s Department, Senator

24. Dr. Rais Yatim, Minister of Information, Communication & Culture, MP of Jelebu
[Another one who is not on Najib's winnable list and therefore will not be contesting this time round].
25. Hishamuddin bin Tun Hussein, Minister of Home Affairs, MP of Sembrong

29. Muhyiddin bin Mohd Yassin, Minister of Education and Deputy Prime Minister, MP of Pagoh
30. Najib bin Tun Haji Abdul Razak, Minister of Finance, Minister of Women, Family and Community Development, Prime Minister, MP of Pekan
I agree with the statements made by Dr. Mahathir and Tun Daim recently which stated that many Cabinet ministers were ‘deadwood’ and ‘half past six’ Ministers. But I would go even further. As my list of reasons show, there is cause for us to vote out every single of these Ministers, if they are chosen as candidates in the upcoming 13th general election.
But there is only one full proof way to ensure that none of these individuals will have a chance to be a Minister even if they are elected as MPs in their respective constituencies – which is to vote out BN at the federal level and replace it with a Pakatan Rakyat government. Only then can we ensure that all these ‘deadwood’ and ‘half past six’ Ministers can be replaced. I call on all Malaysians to play a part in the upcoming 13th general election which will be the mother of all elections in Malaysia’s history. 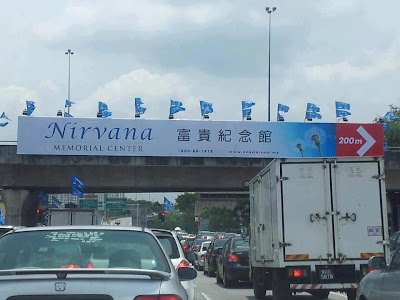 Now, we certainly do not need any feng shui master to tell us which way BN is heading come GE13,
Posted by Geronimo at 7:59 PM No comments:

The new face of PAS?

This is Wan Aishah Wan Ariffin of Aishah and The Fan Club, a New Zealand group which was very popular way back in the late 80s.  They stormed the Malaysian music scene with their debut hit "Sensation".  One of the members of the group is Paul Moss, who later became one of the judges for Malaysian Idol and 8TV's One In A Million singing contest.

Aishah will represent PAS in the coming GE for the Jempol parliamentary seat which was previously held by Rais Yatim but has since been dropped from the BN's list of "winnable" candidates.  She will take on the former Mentri Besar of Negri Sembilan, Mohd Isa Abdul Samad, who is currently Federal Land Development Authority (Felda) chairperson.
Posted by Geronimo at 9:35 AM No comments:

The people of Bangsar stood up to City Hall

The residents of Lucky Garden Bangsar put up flags of Bersih and PKR at the roundabout but were promptly removed by DBKL. However the residents took all the removed flags and replanted them after confronting the enforcement officers informing the latter that there was NO obstruction to traffic. Further more, Nong Chik 's banners which were larger in size were displayed all over Bangsar without the necessary permit. Blatant abuse of power. Now the enforcement officers are getting a taste of people power from the good people of Lucky Garden. Never before have we seen such unity ... awesome solidarity!!! The incident took place on April 14 2013 at the Bulatan Ara Kiri, Lucky Garden. Who would have sent DBKL's staff to do this dirty work? Your guess is as good as mine.